Growing up in Belfast during the Troubles had its ups and downs. There were times when the roads or schools were closed because of bomb scares or when you were stranded in town and you’d overhear some old biddy announce to everyone in Castle Street, “The buses is off.” The smell of burnt out cars and petrol bombs hung in the air like an unwanted friend while men and women protected their area taking turns to stand on the barricades. Many of the sights and sounds became normal and almost comforting. It got to the point where I could only sleep if there was an army helicopter circling the sky above our house at night. We were surrounded by tragedy and really, nobody got through it untouched, but for most of it we were protected by our parents. People thought we were mental. Not getting involved. Not roaming the streets at night looking for trouble. They came to the door one night looking for a match to light their petrol bombs.

“Sorry son, I don’t smoke,” Mammy told them before she bolted the door and lit one cigarette after another for the rest of the evening.

Once school was over at the end of the day and we were all at home, the door was locked and the curtains drawn. We were in. Safe. Together. There was always something to celebrate from birthdays to baptisms and each one came complete with sandwiches, cake and a sing-song. We made our own fun and we didn’t need to go beyond our own front door to find everything we needed. We were cocooned in our own wee mad world of ten. Mammy and Daddy, the four big ones and the four wee ones. The B Team, cruising around town in our mini-bus like we’d been let out of a youth club on a field trip.

I remember the toys we used to play with when we were young. Many had been presents delivered by Santa on Christmas Day and others had been carefully chosen birthday presents. Some were old like our Fiona’s doll that had the hairdo of a forty-five year old and had knitting needle holes strategically positioned on her chest by Aidan. His football table had given us hours of fun, until the wee football went missing. We improvised with a ping-pong ball, but it was too big to fit under the legs of the tiny plastic footballers. We eventually settled for a ball of tinfoil figuring that it could easily be replaced from the never-ending supply of tinfoil in the bottom drawer in the kitchen.

Some of our toys were more modern than the 70s doll like Roisin’s boot skates. They were navy with yellow wheels and had a bright rainbow on the side. Giving an accident-prone child boot skates was asking for trouble though. She spent most of her time nursing bruises and cuts she had sustained from flinging herself around the street. I was daintier or so I liked to think. I preferred a calm existence inside the house playing with my Singer Sewing Machine, planning a career in one of the couture fashion houses of Paris. Although I stitched many zigzag lines on scraps of material I never managed to finish anything and Fiona’s doll was condemned to a life as a nudist.

Declan was a big fan of his Meccano set and spent hours tinkering with bizarre bits of metal and plastic. He’d make all sorts of weird and wonderful contraptions with tiny spanners and nuts and bolts. Once he had buried all the Star Wars men in the back garden with Kevin they moved onto playing with the tiny figures from their huge Manta Force Spacecraft. Síle displayed her efficiency with her toy Post Office as she stamped the Family Allowance Books for all of her Barbie dolls. She was always very stressed during a ‘double week’ and couldn’t be forced to be polite to her plastic customers. We thought she needed a new outlet once she started offering Crisis Loans. Even back then, Ciaran was a history geek and was more occupied with living in the past with his World War I soldier’s hat and his Military Action Man.

As much as we loved and cherished all of our toys, the most coveted thing in our house was a spoon. It wasn’t just any old spoon mind you. It was a very special spoon. It was, by far, the best stainless steel spoon in the world.

One day Daddy had opened his lunch-box in work to reveal four rounds of an O’Hara’s plain loaf filled with cheese, a Mac Red apple and a yogurt. He’d already eaten a Wagon Wheel with a cup of coffee at tea break. He’d been unable to find the Penguin he’d stashed in his desk drawer earlier in the week and while he suspected Big Mervyn was the would-be Penguin-thief he couldn’t prove it. As he finished his sandwiches he moved the fruit and yogurt only to discover that Mammy hadn’t given him a teaspoon. He walked over to the trolley that held the cutlery and lifted the next best thing, a tablespoon. At the end of lunch he packed up his lunch-box, bringing home his rubbish, the uneaten apple and the tablespoon. The company logo was emblazoned on the handle of the spoon and it became affectionately known as the ‘Ford Spoon’. It became more precious than any of our toys and we all wanted to use it for every meal.

Breakfast was the easiest meal of the day. If you were first to get up you could claim the Ford Spoon to eat your cereal. Sometimes we even waited until someone else had finished breakfast and then we’d quickly wash it. There were arguments at lunch-time over the weekend and during school holidays because we were all at home.

“Mammy, can I have the Ford Spoon to eat my Beans alla Boeuf?” Kevin would ask. Daddy had invented Beans alla Boeuf when Mammy was in hospital having Declan. He’d cleverly crumbled an Oxo Cube into a regular tin of beans and voila, a brand new recipe. A staple of our diet in the 80s and 90s. A taste sensation. We never ate normal beans again. Once when he’d no Oxo Cubes left he threw some dried parsley into the beans. Beans alla Grass were never much in demand after that first outing.

“I already said I’m getting it with my Scotch Broth and anyway you can’t eat Beans alla Boeuf and toast with a spoon,” Roisin would interject.

“Yeah you can. I always eat Beans alla Boeuf with a spoon because I can’t eat them with a fork,” Kevin would reply.

“He asked first, Roisin,” Mammy would say trying to stop it from escalating.

Kevin was victorious. Well, on that occasion at least.

The real problems happened at dinner time. If it was cold outside Mammy made a big pot of stew or champ. That meant we’d all be sitting round the dining room table, eating together. More often than not it was the luck of the draw if you got the Ford Spoon on your plate. The odd time someone would have been sneaky enough to nip into the kitchen during Children’s BBC to ask Mammy to give them the Ford Spoon. I have to admit, I did that once or twice. It was like a pre-emptive strike and not once did I regret it.

It got to the stage when there were ridiculous arguments over the Ford Spoon. I remember being called in to set the table for the dinner and putting the spoon at my place. I’d boldly make an announcement to let everyone know where I was sitting. The war escalated when someone crept into the dining room and stole the Ford Spoon. Sometimes we’d even hide it to avoid detection and in the end nobody got to use it. We’d resort to stashing it in the pocket of your jeans and just revealing it with a smug grin as you ate your dessert. It was the small victories that meant the most in this battle of wits.

This conflict had been raging on for years when Daddy finally lost the rag. We’d been arguing at every meal and one afternoon it reached Def Con 1. Roisin and I had set the table for the Sunday dinner and I had put the spoons out for the dessert. Naturally, the Ford Spoon had been placed at my space at the table.

“I’m getting the Ford Spoon and I’m sitting here beside Mammy,” I said.

“That’s not fair,” Roisin told me. “You always get it on a Sunday.”

“No I don’t, because Declan got it last week,” I insisted.
I went into the living-room once I’d finished pouring out the orange and pineapple Kiora into the ten glasses on the table. Little did I know that the Ford Spoon had been stolen when my back was turned. Everyone was a suspect.

“And it wasn’t me,” Kevin added. “I was playing with my new parachute man I got in McAloon’s.”

“Yeah and then me and Kevin were out the back sliding down the washing pole so it couldn’t have been us,” Declan said, determined to prove his innocence while letting everyone know that he and Kevin were playing stuntmen in the back garden. Another failed career.

“Roisin must have taken it because she was helping me set the table and she was still in here when I went out,” I said pointing the finger at her.

“I’ve been out playing football with Mousy and the boys so I don’t have it,” Aidan told us.

“I don’t care about your stupid spoon,” Fiona threw in with a sophisticated air.

“Well it wasn’t Ciaran, because he was watching Kelly’s Heroes with your Daddy,” Mammy said.

All eyes turned to Síle who had sat quietly in her seat waiting for her dessert to be delivered.

“It wasn’t me,” she protested her innocence as she started to cry.

“Right, that’s the end of it,” Daddy said. “I don’t care who took it, but whoever it was better hand it over now.”

We all dropped our eyes to the table. We eventually looked up as one person stood up and walked towards the Welsh Dresser, the last place anyone would have looked for it. The Ford Spoon was passed to Daddy.

“Now I’ve had enough of this nonsense,” he said.

The Ford Spoon met its fate that day. Daddy had really had enough. We had driven him to distraction with all our bickering and fighting. He ceremoniously bent the spoon back and forth until it eventually broke in two. We all watched in silence, our mouths wide-open in shock. It was like losing a dear friend. I don’t know if any of us got over the loss and even though we blamed each other for a while, any one of us could have been the person who handed over the Ford Spoon to be snapped in half. 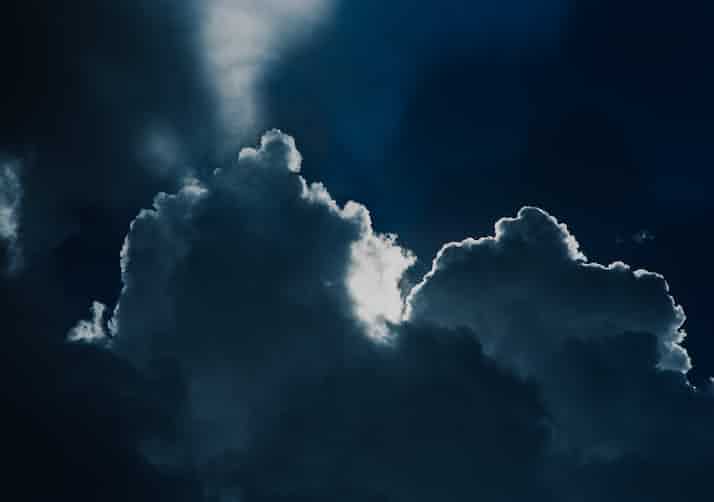 The Silver Lining by Ruth Nasrullah 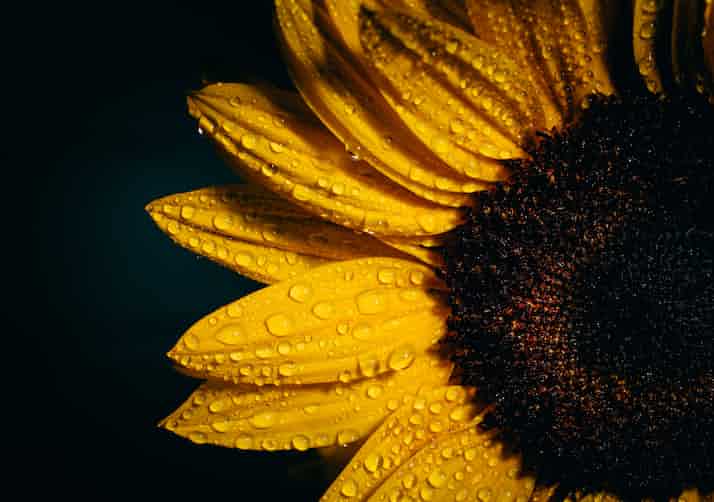 The Gigolo by Martha Anne Toll

Aileen Bartlett is an English teacher from Belfast, Ireland. Aileen wrote her first novel Buckle My Shoe about her Grandmother Cassie and Great Aunt Alice who grew up in Belfast during WW1, The Easter Rising, and the 1920s Troubles, (Kindle). In August 2018, Aileen staged her first comedy play at Féile an Phobail, the West Belfast Festival. Here’s Me is a three-hand comedy set in a Belfast bar. In August 2019, her second play, Our Cod Reigns debuted at Féile and will run again in May 2020 for a 12-day run in Belfast followed by a tour of theatres in the North of Ireland.