The world was always ending when I was pregnant. There was no pattern to the apocalypse. The only constant was its inevitability, signaled through the political disagreements I heard on television or read about in online discussions. Even a darker hue in the sky portended global catastrophe. I peered through my kitchen window and looked upward for glinting nuclear warheads rising in the atmosphere like Roman candles. If my skin itched, I believed it was about to combust.

Before I stepped outside and sensed that all life on Earth was minutes away from incineration, I debated whether my unborn daughter was alive. She died daily, most often before I had dressed for the day. As morning sickness forced me to empty my guts in the toilet, I cried. An undeniable truth vibrating in my bones told me that the violence of my sickness would cause me to throw up my child. I would lose her right out of my mouth like a grotesque Greek god. If not the vomiting, then the muscle spasms, so rhythmically tight and pained, would crush my womb. This all was, of course, physiologically impossible, but deep down I held these facts as gospel.

Our kitchen wall calendar was an altar I visited each day as a devoted supplicant. I searched the scribbled dates and times for my next doctor’s visit. They offered me a strange balm. I stared at these dates and breathed in the peace that my obstetrician-gynecologist would assuredly give me the moment I laid back on the exam table.

Everything’s fine, I repeated in prayer.

I meditated on the knowledge that my doctor would disprove my worst fears. This belief soothed me until the day before the scheduled appointments when the balm then spoiled, and I wrestled with the possibility that my grim imaginations might be revealed as truth.

“Everything looks great,” my ob-gyn announced after every examination. The assisting nurse smiled and nodded while she dictated notes on the laptop, which I took as her tacit agreement and not mild exuberance for notetaking.

“You’re healthy. The baby’s healthy. Just keep doing what you’re doing. Do you have any questions?”

I always had questions. Was I insane? Was this all normal? I did not trust myself to ask these questions and accidentally expose a deeper problem that would lead me to being restrained and escorted to a padded cell. So, I shook my head, absorbed as much of the rapid-fire instructions the nurse spouted, and re-dressed.

This was the nature of my existence for nine months.

Every day was death.

Every appointment was confirmation of life.

Every vein pulsed with hysteria.

I was oblivious to what was happening inside me. Long-standing corruptions had a history of overrunning my mind. I had whipped back obsessive-compulsive disorder and anxiety like a lion tamer in previous years, though I did not know what they were at the time, but managing them was more akin to being a hapless pedestrian trying to control a rabid dog. I never conceived of what would happen when this beast I believed to be caged would find another, more insidious way to control my life. It had lain dormant until the day during my third trimester when I awakened, choking on the fear that I would fall out the sky. I realized then that I had been deceived. The beast had escaped long ago.

The month before my husband, Kevin, and I flew to Virginia for a family beach vacation, I visited my ob-gyn in search of absolution in a different form. I wanted her to forbid me from travelling. Instead, she examined me and—despite several rounds of me asking, “But, are you sure?”—emphatically gave me permission to travel. What I knew in that moment was that my daughter and I were fine—no diseases, all limbs accounted for—but I still didn’t want to board an airplane. Recurring nightmares had convinced me that it was destined to plummet from the sky midflight, and I needed everyone else to sense that too.

While my husband and I later boarded a plane headed for Virginia, I rubbed the tattoo—the words Psalm 91—on my left forearm. I did not realize until I sat in my assigned seat and immediately grabbed the in-flight magazine that I was subconsciously recalling a compulsion ritual I developed in college. Whenever I flew home during the holidays, I opened the travel Bible I kept in my duffel to this psalm and read it several times until I felt God had heard the sincerity in my pleas and would likely spare my life for that flight. This was only half the ritual’s requirement. I also had to complete the crossword in the magazine because working on it without interruption until take off prevented the plane from malfunctioning. Any deviation from the psalm or the crossword wouldn’t guarantee a safe arrival.

It had been years since I stopped indulging in that compulsion, but there I was rubbing my arm and mumbling about arrows that flew by day while scribbling A-L-D-A in a greasy magazine. The plane experienced turbulence during the flight, which I took as a sign that I had not imbued the psalm with my entire faith when I read it. God had deemed me fallible in my devotion and thus we were going to crash into the Appalachian Mountains. I clenched my teeth and stared out the window while silently repeating I’m a good girl. This was the failsafe ritual because, as my college-self reminded me, good girls didn’t die in plane crashes. When we landed without issue, I restrained myself from whooping for joy.

Kevin’s mother picked us up from the airport and the following day we all drove to Sandbridge, a beach community along the Virginia Coast. Kevin and I drove his brother-in-law’s Jeep as we followed his family driving two other cars. My intuition flared in warning of imminent doom, but I did not know how to warn anyone without sounding like a sidewalk doomsday preacher. The previous night I dreamed the underwater bridge-tunnel we had to pass through to the beach flooded and, unable to escape, we drowned. I woke up, my eyes stinging and throat burning.

I distracted myself by focusing on the vehicles passing us by on the highway. The cars around us moved forward, slowed down, then accelerated again like plastic toys in a carnival game. I let their wheels hypnotize me before I began tracking the dashed traffic lines.

The highways gave way to commercial centers and residential areas that filtered down to a two-lane road bordered by lotus ponds and lush greenery. Houses receded and skirted my vision. The air thickened as the trees pressed in closer together. I tasted the sea in the breeze before the tree canopy faded to open sky and the road ended at a gradually collapsing sand wall. We crept along roads oblivious to the dunes swallowing them along their edges. The streets were named after sea life: bass, salmon, porpoise, and pike. Most houses were puns: C-Monster, All Inn, Dune R Thing.

We unloaded our cars at Sandbox and settled in to our rooms. Kevin and I changed into bathing suits then ambled out toward the beach. Ghost crabs scuttled in and out of footprints that carved a path between the dunes before disappearing into the swaying beach grass. The shell-speckled sand scratched my feet as we trudged across the backshore. I kicked at yellow-tinged foam and horseshoe crab carcasses scattered across the wet ground.

The water rushed forward to caress my shins. Come in, come in, the tide beckoned. I laughed as it splashed up against my protruding belly and sprayed my face. I waded toward Kevin and held his hand before letting go and wading farther into the surging saltwater. I cradled my stomach and wondered at the joy my baby might feel from the current swirling around her. Then the Atlantic crashed against me and swiftly dragged my bravery out with the tides. Fear crested up my back and my daughter’s joy turned to ash as a wave pulverized her into blood and bone in my womb. Another knocked me off balance and it was a matter of time before a third ensnarled my legs and dragged me under.

“Are you alright?” Kevin called to me.

I nodded then turned my back to the ocean to withstand the barrage. The longer I endured each successive wave, my smile stretched tighter across my face until my visage became a deranged mask passing for normal. I was still smiling as I strolled back onto the shore.

I swam less often during the vacation. I could not shake the thought of undulating water, of being pulled into the undertow as my throat filled with brine.

These new thoughts were not like the others. They wormed into my brain, past the hysteria and settled into my core where they tried to overtake it. Nightmares and paralyzing daydreams served as premonitions of my drowning. I believed it was destiny until reason supplanted them.

You will not succumb to terror, it whispered.

Nearing the vacation’s final day, I returned to the Atlantic with my husband. An alarm bell clanged in my mind as the water pooled around my ankles and rushed upward the deeper I waded. I bared my teeth at the ocean and focused on the horizon. I dug my heels in the mud, settled my feet in trenches, and waited.

Wave after wave crashed against my body. But I would not let them have me. 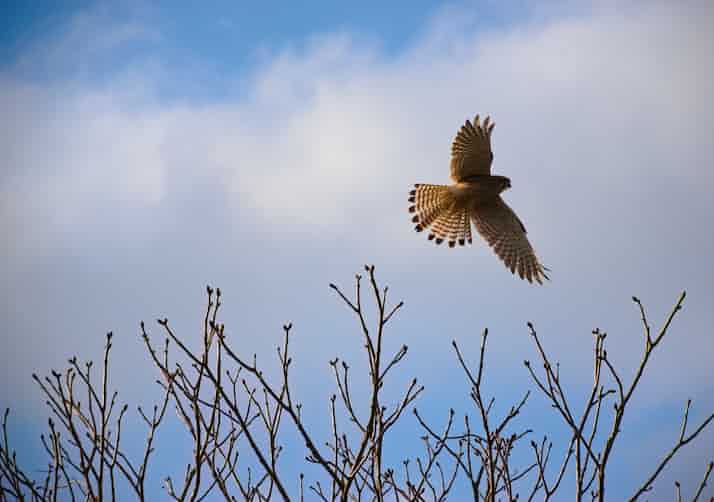 When We Were Kestrels by Caryn Mirriam-Goldberg 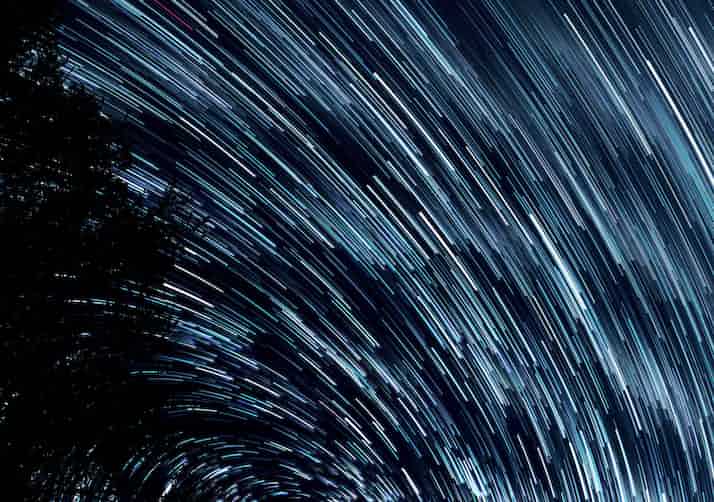 DW McKinney is an associate editor with Shenandoah Literary and an editor at Writers Resist. A recipient of the "My Time" Fellowship from the Writers' Colony at Dairy Hollow, her work has been featured in Los Angeles Review of Books, Narratively, PANK, JMWW, the Chicken Soup for the Soul series, and elsewhere. She lives and gardens in Nevada with her family. Say hello at dwmckinney.com.