She was once a dancing ho. Her criteria for men whose company she kept was not that they be handsome, compatible, or accomplished in the theater of life. Instead, she required they be masters of the dance—better than she, better than most. Her partner had to feel music so intensely it shot rhythmically through his body like a current, transferring energy to her with just a touch, an ever-so-subtle lead. He had to be capable of carrying her along with him on a breathless movement marathon—eyes meeting, bodies colliding, pausing, holding, moving in unison.

Such a man was necessary—mandated—because a partner was essential to the dance, which had become a drug so addictive she would pay any price to feed the craving. And so, she became a dancing ho.

Guided by her partner’s suggestive pressure on her back or the tension in his hands, they executed steps in partnership—turns, stops, and starts—all emanating not from the feet, but from the core. Every movement of the limbs, the head, and the whole resonated from the power of that core. When their eyes met, the connection was intense, golden, captivating. They were each aware of what the other felt, something unattainable anywhere except in the magnificent throes of the dance. Those watching them—and sometimes moved to applaud—could never imagine or understand the bliss surging through their beings.

She is old now. She does not dance with her body. She dances with her mind. She dances through the medium of memories. Vivid, lush memories––

A high feasts in her psyche as she enters the dance hall with her partner and lover, both full of anticipation at the prospect of satiating a severe hunger. With his hand in hers, he pulls her urgently and directly onto the dance floor, for that is why they are there—not to drink, not to party—but to dance. Music pounds, whisky colored lights shine mystically through a haze of smoke, and shadowy figures linger throughout. This is the backdrop for her fix, the setting where the magic happens. She becomes at one with the place.

He leads. She follows. Precisely. Fluently. He initiates a turn, prompts a spin, a snap, a freeze, a head turn, a shoulder shake, a lift of the hip, a flick of the foot—all executed expertly to pulsating music that drives the beauty of the movements and feeds the madness of the dependency the partnership requires. Displaying the style of one confident in his art, he skillfully applies the nuances of syncopated timing, the mark of an expert. Withholding a step like a delayed orgasm, he waits for it, then executes the push and pull of double resistance with an almost frantic movement—crisp, sure.

The genre of the dance and the beat of the music dictate movements, which range from rigid and abrupt to fluid waves. Arms expand and contract with the grace of swirling smoke. Hands curl, flick, grasp, swipe, and snap. Bodies meet in intense but tentative connections that break with a flourish. Heads turn elegantly or with jarring reversals. As fabric sways and flitters like feathers in a soft wind, the dance fills the soul of the dancing ho and satiates an all-consuming addiction.

Bliss, yes, it is bliss. But bliss is experienced only in the moment. It is not sustainable. Bliss must be recreated again and again. So she is tied to her partner. And she does things she shouldn’t.

What was it about the dance that turned her and him into mutual users? What drove her to give herself over to someone she otherwise would not? What made her hang with him in smoky dance halls, ride in his rundown car, tolerate his temperament and, yes, even hop in his bed? It was the bliss. The need. The yearning. The craving for the dance.

When selecting a mate, hunger for that bliss trumped any un-redeeming qualities her partner possessed. He, in turn, tolerated her condescending nature for the sake of the dance. Her superior attitude surfaced everywhere but on the dance floor. There he became the master. There he possessed her. There, like a pimp who owned his ho, he owned her. He was her supplier. And they both knew it unequivocally.

She acquiesced to his interpretation of the music, and on the dance floor their bond solidified, night after night. It was also there that bliss exploded and she felt joy unattainable in any other part of her complicated life. There, her body and mind melded into a glorious euphoric state of being in the moment.

Now she is old. Her body, wracked with aches and restricted by limitations, is full of objections. The music and the dance that once meshed together and flowed through her and her partner like shivers are only memories. The rush—so ethereal, yet vivid and potent—will never be experienced again in any setting, except perhaps death.

She contemplates her past and all that life delivered, and she knows if she could pick a moment of her life to live over again, she would choose one in the throes of the dance. She shouldn’t. She should select something more universally relevant—a family event, an accomplishment, or a spiritual awakening. But she would choose that moment because she was once a dancing ho. In time relived, she and her partner would own the floor. It would be theirs to take, and they would take it. Together they would capture the night like drug users chasing a high, and she would find bliss—again.

She is close to nodding off in the lunchroom after a hearty lunch when the assisted-living event planner clinks a glass. “Announcement. Gussy up, ladies and gentlemen. We’re going to have a prom Saturday night. Put on your nicest finery. The high school dance band will supply music. Women in the community have donated party dresses. Walkers and canes can be partners. For those of you in wheelchairs, students have volunteered to push and swirl you to the music. Let’s all dance.”

She wears a dress that billows freely with the slightest movement. A dapper old man dressed in a dark suit approaches. “Would you like to dance?”

“Sure,” she answers, expecting disappointment. The odds of the old fellow delivering a positive experience is remote. She recognizes him as a widowed preacher who is often on an oxygen tank.

Turns out he could execute a pretty good waltz, and her ability to follow, given bad knees and hips, exceeds her expectations. The swishy skirt swirls around her legs, brushing her calves. The soft, flowing fabric billows with each spin and reversal, occasionally tangling loosely in her partner’s legs.

“You’re a wonderful dancer,” she says.

“Thank you. My wife and I used to cut a pretty good rug. You are good yourself.”

“I like your tie.” It boasts iridescent qualities bold for a preacher.

“Thank you. It’s my favorite. My wife gave it to me. She always picked my ties.”

The band plays several waltzes throughout the night, and they dance to every one. The partnership becomes more refined with each. Although not exuberant, they are smooth and a tad frisky. When the music transitions to a faster beat, the old fellow demonstrates a flair for showmanship as he introduces jitterbug moves. She responds enthusiastically, revealing considerable stylistic technique. Their joy in the dance resonates with the staff and other dancers who stop to watch. They almost make it to the end of the dance.

She walks the preacher back to his oxygen tank for the last time, hoping she has not killed him. She sits with him while the band plays a salsa number. The exuberant social director occasionally makes loud, Mexican-style screeching noises with her tongue while dancing up a storm.
The preacher leans over and whispers in her ear, “I bet she’s good in bed.”

Stunned, she responds, “Pastor, shame on you.” And they laugh. They laugh and laugh.

He dies a few months later. She remembers the sparkle in his eyes when their bodies rose and sank in unison, when they swirled and twirled, when his lead commanded her response, when the magic of the dance defined them. She speculates he was not entirely in the moment, but instead, he reminisced about dancing with his wife. She knows this because she was recalling her days as a dancing ho. The source of the gleeful emotions expressed through their twinkling eyes as they danced did not matter. Bliss was re-lived, a craving satisfied—somewhat.

She is hoping for another prom. She may be in a wheelchair by then with a young whipper-snapper pushing her in circles. In the meantime, she will dance in her memories—the music like love songs tapping on her shoulder. In whatever fashion the dance is accomplished, it will be magical and blissful because she is, after all, a dancing ho—still.

The swish
The swirl
The twirl
The turn
The spin
The extension
The flick
The shift
The push
The pull
The connecting
The letting go
The magic
The spell
The high
The bliss
The dance
Oh, yes, the dance

The Photos Not Taken by Lynn Packham Larson 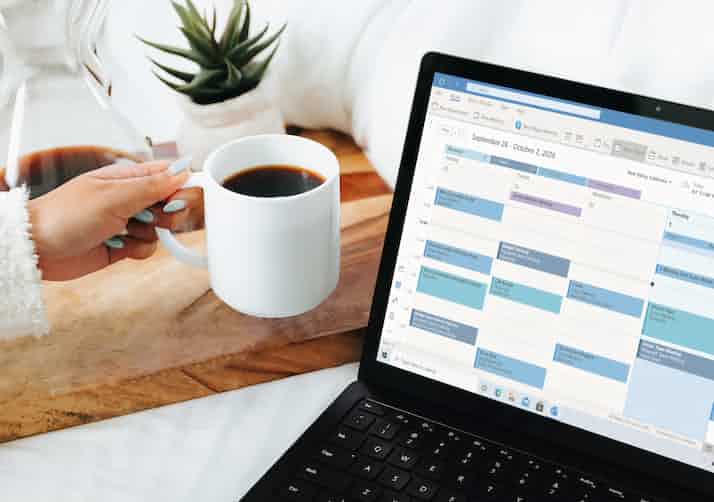