One feels like a charlatan writing of Garry Nichols’ extraordinary paintings. How to follow him? He suits up and dives to the depths. He sails the oceans like an albatross above them. The work is viewed from an original all-encompassing Artist’s eye. Framed from out of his delving mind; these fugitive mappings of experience by this lone Tasmanian, dowsing, desolate, angel.

Shored up in his Greenpoint, Brooklyn studio thirty-some years now. The large grand- scale paintings usually have a circular motif, a world spinning on its gyrating axis to contain the characters, plant and land forms that inhabit Nichols’ tenderly paint-daubed exploration of haunting, spellbinding vision. Threading out of the past, replete with the present, pointing to future.

Everything adds up but it doesn’t.

When you view a Nichols’ painting, you enter the realm of aboriginal genocide. You have the cruel, callous, civilized culture of deportation and the geography of Van Diemen's Land itself. It’s on that land you can still hear the first people calling out, the ancient aboriginal culture that settled there around 80,000 years ago, before being cut off from the rest of the continent by massive plate shifts. Renamed Tasmania in 1856. One hundred years later, the place of Nichols’ birth.

His ancestor arrived as a prisoner in this far-flung island in 1826; a 14-year-old London girl jailed for stealing clothes and under a sentence of death, has her sentence changed to deportation by the judge.

He is always calling this history up. How could he not, a born painter, a long time sophisticated habitué of the New York art scene? But he’s the possessor of a soul that pumps the blood, the memory, the imagination that haunts the paintings, is always back tracking, checking in, down under. The characters in the painting, men or women, aren't recognizably American or European. The landscape is a place only the artist has inhabited. The images are universal.

Everything adds up but it doesn’t.

Surreal has now become an overused and faded word. Perhaps the word is liminal. His paintings are cubist narrative day/night, laced with industrial plumbing, shipped with fools. Shimmering in backgrounds of gold-patterned leaves, a film that could have been shot by Rousseau.

Where do you enter these profound studies of our humanity, our Divine planet?

Don't be fooled by the normalcy of his gentle, still-Aussie-tinted accent and friendly greeting. And be prepared to be led astray when you enter Nichols’ Greenpoint, Brooklyn studio. The paintings are epics, and like all true epics they suffer maelstroms.

His works have certain commonalities: a pattern, a weft, a whiplashed weave; they blink on and off, a palimpsest of constant change. Like sitting in an old-time launderette, the paintings cycling in glass-fronted washers; you peer at them, spinning your mind. The images although seemingly set in the landscape of childhood - youth breach, then reach maturity in one blink before our eyes. They glow, they fade, turn and tussle. Odysseus-like on their journey toward realization.

Yet there is no solution graphically, more a constant quest, the joy of an unfinished adventure. Like Alice in “ I wonder where the fuck I am Land,” he rabbits you down the hole of his vision. There is a method to this seeming madness.

He crafts his paintings as though viewed through a periscope, Framing the work in such a way, he presses you up against his soul’s porthole. You see the ship, the painting. Then the wave drops and you don’t.

And then you do.

It's a cunning painting strategy. He's honed it throughout his career. Every painting is now both a chapter heading and the completed chapter telling its tale. The colors amazing, realistic and not, all at once. These paintings, these vessels, travel the ocean of his mind. They sail not with certainty, not without possibility of shipwreck, not with a show of prowess for mock heroic sake.

They sail out under cover of a thousand secret nights, with a patina of darkness joined with the dawning light. Such subtly of tone; a shape, a shiver, a fall, a dive. He’s a painter on his watch, a dowser listening to creativity’s call. Spinning in his cups, cups of past, of present, of future, too, melded, abandoning all aesthetic achievement of lessons learned. Diving, falling, twisting in the subconscious, looking for the new in the old accretions, the revelatory.

Mr. Nichols. Your paintings outstrip this writing. They are based in their soul, their inquiry. Before writing you mark a history drawn out of your blood, seeped in the place of your birth. Long though you’ve trod the lanes of dear old Manhattan, written in the DNA of your painting hand are your ancient, native memories combined with that which you inhabit.

In the studio here in Greenpoint, when the door closes and the brushes come out, you tune back into the epic only you can account. This is the space, this liminal drift, this magical domain of mystery and memory. A kind of kaleidoscopic sucking-in and drawing down to the psychic depths. When a visitor enters, they are cast into the midst
of an Abundance, an Exasperation, the Untouchable, a whirling glimpse of the Unmentionable.

And although we're in Brooklyn, once land of the Dodgers, early home of Henry Miller, Walt Whitman editing the Brooklyn Eagle and a mass of modern artist’s studios, board one of Garry’s paintings, slip your culture’s shackles, open that Pandora’s box. The ticket’s destination changes as you travel.

Number 99 Commercial Street, Greenpoint Studio, Brooklyn, New York. Take your life belt with you. Your condoms and your pills for the morning after.

There's always a ship, waiting to sail out of there. On the Flying Dutchman they’re looking for mariners too. Hold on me hearties, there’s a Garry Nichols’ trip a-coming to you. 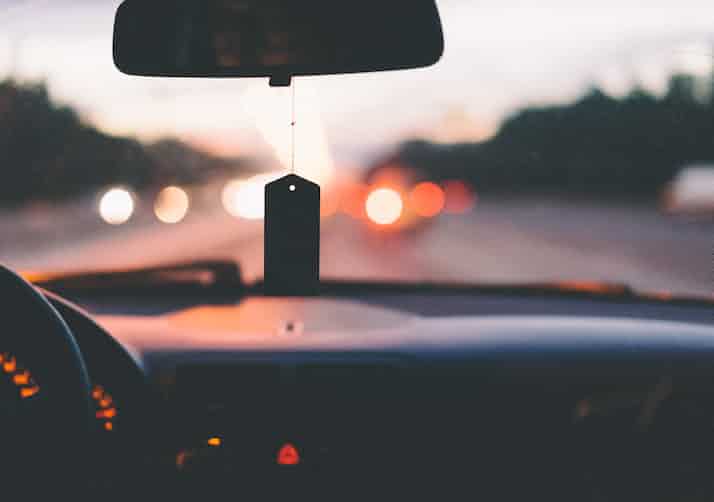 Driving While Under the Influence (of lies) by Bill McCloud

Adrian Frost is a sculptor, installation artist, performance/recording artist, poet/filmmaker, and writer. He was born in Cornwall, England and attended St. Martin’s in London. He was a visiting professor at London University, Reading University, Kingston College in the UK and the Art Institute in Bergen, Norway. His U.S. teaching credits include visiting artist/professor at UC Davis, University of Chicago Midwest, Warwick CC, Rhode Island, and Poughkeepsie CC, NY. His paintings and sculpture have been exhibited in Britain, Australia and the U.S. He currently resides in Eureka Springs, AR.