UAP is the new UFO, according to Zed.

“Unidentified Aerial Phenomena,” he repeats for Sal, who is hanging on to his uncle’s every word.

My brother is more animated than I’ve seen him in years. He is waving his fork in the air with what looks like a little green turd impaled on the end. Except it isn’t a turd. It’s a dumpling, and a rather delicious one at that. Alas, kale is the new potato when it comes to gnocchi. Another dinner party success thanks to Trader Joe’s and my wife’s spinach and beet salad.

“This is HUGE,” says Zed. “The government is finally owning up. Admitting that there is something funky going on in our skies.”

I snort. "Yeah right. Why would the CIA—”

"Actually, it’s the Office of the Director of National Intelligence.”

“Whoever. Why would the government admit they’ve been lying after all these years? No one admits to lies that big. They’d stick with the weather balloon story.” Zed raises his hand to interject, but I need to finish my thought. “If little green men are coming to visit us on a regular basis, and the government told the American people that, there would be—I don’t know—mass panic or something. To paraphrase Jack Nicholson, we ‘can’t handle the truth.’ Smells like smoke to me.”

“Julie, if you’d just listen for a change. This report doesn’t say anything about little green men or Roswell.”

“Have you read it?” Stupid question. This is Zed. Of course he has.

“It’s been online for two weeks already. I’m telling you—this is BIG. This should be on the front page of The New York Times.”

My wife kicks me under the table. When I don’t look at her, Roni calls me out. “Julie, let Zed talk.”

I slump back in my chair. Roni does not see where this is going. I eye Meema, who is picking the beets out of her salad. They sit in a bloody heap on the edge of her plate like a minced heart. I bet Meema can read the tea leaves.

“Thanks, Roni.” Zed frowns at me. He needs me to hear him out.

“The report doesn’t go as far back as 1989, unfortunately.” He does not have to remind me he was only five back then. "They just looked at 144 UAPs spotted by mostly military personnel between 2004 and 2021. They’ve got documentation for all of them—videos, radar—all kinds of evidence. And get this—eighteen of them showed ‘unusual flight characteristics.’”

“What does that mean?” Sal asks.

As Zed tries to explain aerospace technology in terms a ten-year-old can comprehend, I realize my son is not much older than my brother was when his night terrors came on. Meema said they were bad, but Grandpa Mario didn’t believe in shrinks. I almost wish I had gone with Zed to live with them instead of my father when our mom died. Sal looks tiny, vulnerable. I want to protect him. But he seems less frightened than intrigued.

“This task force is asking for funding from Congress to do more research. Maybe we’ll finally find out what these visitors want with us.”

“The European Championship. Just happened a few hours ago.”

My grandmother breaks her own rule and passes her phone around the dinner table. “First time in 53 years.”

“Who’d they beat?” Though not yet a fan, Sal has been playing soccer on a Y team for a few years now.

“England. In their home stadium,” says Meema too brightly. “Mario would be dancing the tarantella.”

Not quite. Mario lived his final years tethered to an oxygen tank, but I guess Meema has earned her delusions.

Roni hands me Meema’s phone. The Italian goalkeeper who blocked two penalty kicks in extra time is a stone-faced giant just like Mario used to be. Clad in caution yellow, he is surrounded by a cluster of blue-suited men. He looks stunned by their exuberance. If I didn’t know anything about professional soccer, I would think him a traitor—hanging out with the other side. But in fact, they dress the goalies in bright, contrasting colors, so you can keep an eye on them.

Meema’s attempt at derailing the conversation has not failed completely, for although Zed can’t let go of his obsession, he is picking his words more carefully now. Sal, however, is not letting up. How come there are no pictures of aliens? What does it mean to be abducted?

Zed offers a brief, cleaned-up version of the Barney and Betty Hill case, managing to spin horror into wonder. I jump in to make it clear to Sal that statements made under hypnosis are not reliable.

“Your mom’s right about the hypnosis part,” Zed says, grinning. “But what is interesting to me is that all these abduction stories turn out to be incredibly similar.”

I want to argue with Zed about that point. For one thing, these aliens do not all look alike. Many abductees describe big-eyed beings that stand three or four feet high. Yes, I have done my homework. I think Zed always returns to the Hill case because the Hill aliens were taller and they wore uniforms. Zed claims his alien sported a full space suit.

“No need to worry, buddy.” Zed grabs the table corner and leans forward. “They always bring you back when they’re finished with you.”

Meema clacks her half-full plate on top of my empty one with enough force to send bits of beet flying like red shrapnel. “Are we all done?”

“We are.” Roni is on her feet reaching for the gnocchi bowl. She suggests we move over to the family room once the dishes are cleared. We can watch a replay of Richard Branson’s launch from this afternoon.

I beg off. Meema and I have to make some headway on the price list for the barn auction. Meema loads the dishwasher, while I get my laptop going on the dining room table.

The Virgin Galactic emcee’s voice is cheery. “Three, two, one. Release. Release. Release…. Good rocket motor burn… Unity is pointed directly to space!” I am tempted to look up from my computer, to take a gander at the TV, but instead keep my head down and focused on my search.

The chair beside me groans as Meema collapses into it. She’s gained probably 30 or 40 pounds in the four months since Mario passed. I worry about her as much as I worry about Zed.

My grandmother slips her reading glasses onto her long, straight nose and refers to the list she has scrawled on the back of an old envelope.

“I don’t get why this is such a big deal,” I hear Sal say. “SpaceX launches rockets all the time.”

“Branson is the first person to fly into space in his own spacecraft,” Zed says. “Governments are no longer the gatekeepers. Anybody can make contact on their own."

“Let’s start with the lathe,” says Meema. “That must be worth something.”

I bring a used shop-equipment site up on my screen. "What kind of lathe is it?’

“Yeah, but is it a Wadkin or a Machinio or what?”

Meema starts pushing away from the table. She’s on a short fuse today. “I’ll go back to the barn tomorrow and make a proper inventory.”

“I’m sorry, Meema.” I soften my tone. We need to get this behind us. “As long as we are in the ballpark, we’re good.”

“That’s full duration burn, folks. We are headed into space!”

“Most of these lathes go for over a grand,” I tell Meema. “We can pencil that in.”

“What about the welding equipment?” she asks.

Without a brand name, this site won’t cut it. I take a moment to switch to eBay.

I peek at the ruddy CEO floating around the interior of the craft with three others. And then I watch Sal bail. He is headed toward his bedroom and his PlayStation. Roni moves from the armchair to the couch next to Zed. My brother is so engrossed in the footage that he does not immediately get up and switch seats.

On eBay, I find a good proxy for something I’ve seen out in the barn, something that doesn’t require a make or model number to price.

“Check this out, Meema.” I point to the photo on the screen. “Well-used, vintage, fiberglass welding helmet in olive green with nice patina. Intended for display only. Ninety dollars.”

Meema laughs for the first time all day. “That’s a lot of bingo chips,” she says and then excuses herself to use the bathroom.

I turn my attention back to the family room, where Roni is speaking just above a whisper to my brother. I strain to listen in.

“Zed. You know … Julie and I were afraid that you’d scare Sal by telling him your story. Julie told me what happened. It must have been awful,” She pauses for a second. “And after all of this new evidence, I just want to say… I believe you. I really do.”

I see now that my brother’s gray shirt is splattered with beet stains, and I look down at my own blouse. It looks like I’ve survived a machine gunning.

When I glance up again, the Unity glider has just touched down. Roni has her hand on Zed’s back now, right behind his heart. My brother is silently weeping. 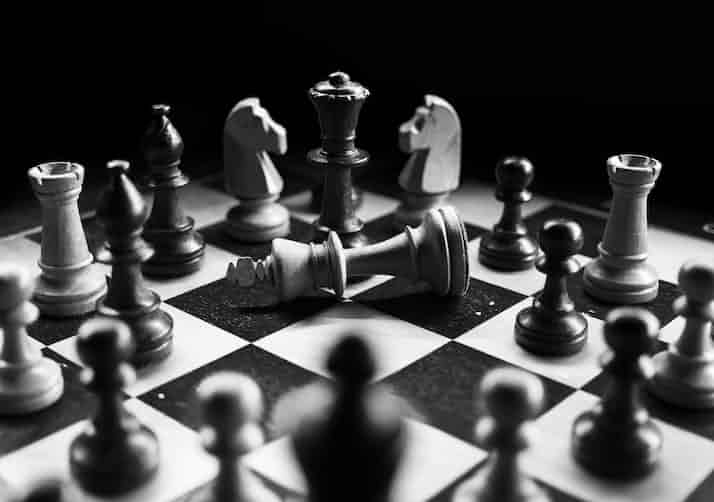 Half and Half by Kristin Hunt

We Hold These Truths by Megan Kirk

Patricia Carlozzi teaches high school economics and is pursuing her MFA at Pacific University. She and her husband are working on hiking the Appalachian Trail one state at a time. She enjoys going barefoot, eating potato chips, and tackling the mountain bike trails in and around her hometown of Wilmington, Delaware.