When asked why poor and middle class people vote against their own interest, President Lyndon Johnson said: If you can convince a person he is better than someone else, he won’t know you’ve picked his pockets. Give a person someone to look down on, and he’ll empty his pockets for you. (Paraphrased from Nancy Isenberg’s White Trash…History of Class in America with omissions of profanities, racial indicators, and political references).

My middle class suburban neighbors recently confirmed that Johnson’s cynical political view is as valid today as it was in the 1950s and 60s. Middle class Americans live with a constant news-feed mantra that the rich are getting richer and we, in the middle, are working hard and getting comparatively poorer every day. That persistent news headline implies that a slippage from the middle is inevitable for some of us. The fear of slipping below the middle causes anxiety and motivates some folks to resort to ugly rhetoric and counterproductive behaviors in an attempt to differentiate us from them---the poor folks. Everyone wants to feel superior to someone: It’s a basic human quest for self validation—so they say.  That quest can sometimes create anxiety and lead down a path to destructive self-sabotaging behaviors and social class prejudice and bigotry. That is the path my suburban neighbors took when our city council proposed a Walmart store in our community.

The council expected objections about Walmart forcing small retailers out of business, or over working and under paying employees. They rightly considered those issues when planning for the good of their residents. However, my neighbors' objections were not economic impact concerns. Their objections were blatant social class posturing: “Why locate here? We don’t shop in those stores. All that traffic and the delivery trucks coming and going will change the ambiance of the area. I’ve heard their water retention basins are right out front. The “big box” image is incompatible with our surroundings.” Their objections list grew long and loud. Their unrelenting protests implied that Walmart was socially “unsuitable” for our community.  Its presence would create a flaw in our, otherwise, flawless neighborhood. I was shocked!

In reality, Walmart was probably a social and economic step up from some of the neighborhood taverns, sports bars, and fast food businesses residents regularly patronized. In addition, our collective shopping history had never been upscale. We lost our Starbucks coffeehouse due to a lack of support. It closed, and the location became a Taco Bell. We had no dry goods or hardware stores nearby. So when we needed those kinds of things, we hiked to Kohl’s and the Home Depot in town and paid up-town prices for their discount merchandise. An affordable retailer would be an asset for our community, but evidentially we were ashamed to say we needed Walmart. It seemed to me my community needed a few elitism lessons and significant changes in our consumer habits before we could claim any kind of superior class status and reject a Walmart store.

Some of my best friends were the store’s most vocal opponents. Their pretentious talk and behaviors “inspired” me—I got a job at the new store. I wanted to see, first-hand, how an ordinary retail store could fire-up such snobbery and disdain among, otherwise, decent people. I was interviewed and hired to work part-time in the Fabric and Celebrations departments at Walmart.

I had been told that a Walmart job would probably not be a good fit for my education and work background. “I just can’t see you in that environment,” a former colleague said. However, from the time I started my job orientation with a diverse group of friendly new hires, I knew that I fit in just fine.  My coworkers brought a wide range of background stories to our workplace. Our Regional Manager was a pleasant man, maybe in his late forties or early fifties, who had started as a Cart Pusher for a Walmart store in his home town. Our Store Manager started her Walmart career as a part-time Checker after her son started kindergarten. They had both worked their way into financially rewarding, well respected careers in the company. Several other workers at the store were young thirty-somethings and second career people.  They used their superiors as role models and hoped to work their way up also.   Two of my coworkers had full-time jobs in downtown Kansas City and did part-time shifts in the evening at our store. There were some young folks who were just out of high school and needed a job—any job. There were a couple of women who had been stay-at-home moms and worked because their children were, or soon would be, in college. They needed more family income. I worked a five-to-ten pm shift, so I was with several high school kids who were experiencing their first after school job.  And then there was my group of retirees: One retired gentleman in the grocery department said he was bored at home and thought it was great that Walmart paid him to exercise by stocking groceries. “I no longer pay membership fees at the gym,” he said.  One former business CEO donned his yellow vest each day and greeted customers with a smile and “Welcome to Walmart”. I think he enjoyed the socialization.

Opening Day at the store was a grand affair. There were vendors in the parking lot, sample stations in the store aisles, and “roll-back prices” in every department. We associates were filled with anticipation, and the day did not disappoint. We were happy to finally practice our skills of meeting, greeting, and assisting. We tried our best to “delight” our customers, just as Sam Walton’s training videos urged us to do. It seemed that everyone coming through the doors had anticipated the opening as much as we—Interesting!  Our broad similes were met with equally wide smiles and compliments about the appearance of the store. I wore my black pants, white collared shirt, and blue Walmart vest. When family and friends came to the fabric department, I twirled around and showed them the bright yellow “spark” on my back and toured them around my area. At the end of my shift, I was tired but well pleased with my developing retail work skills.

During that day, I greeted many of my neighbors with “Welcome to Walmart”. They seemed to enjoy the festivities. They visited with employees, talked with friends, and took all the samples and goodies the store offered. I puzzled over their motives and behaviors. Their previous negative verbiage about the store and their willingness to accept the store’s generosities bothered me. The contradictions lodged incongruously juxtaposed in my mind. My friends’ behaviors did not match the lofty social standards they had purported to espouse.

I took the job at Walmart to see if I could learn why my neighbors had protested the store’s presence in our neighborhood. I worked a few months as a Fabric Lady. I learned a little about the complexities of inventorying and keeping merchandise in good condition and ready for sale. I learned the mix of psychology and sincerity one must use to “delight” the customer, as Mr. Walton said in the training videos.  I learned that standing and walking on a concrete floor for eleven dollars an hour was good honest work—but required sensible shoes.

However, in trying to understand the behavior of my neighbors, my Walmart work experience did not reveal any facts that clarified or justified the behaviors and attitudes I had seen my neighbors display. I could only speculate as to why Walmart, a store that offers good products at fair prices, had been so vigorously protested and looked-down-on with social class contempt. Sam Walton’s business acumen made him a member of the economic one-percent, but his upbringing made him a champion of the common man.  Note: My neighbors and I consider ourselves to be common, hard working people. After Walton’s death, Walmart stores continued to perpetuate Sam’s business philosophies, but the store’s image was somehow recast as a store, not so much for ordinary people, but as a store for “poor folks”.  I guessed that the protest against the store’s location in our area was an attempt to disassociate from that poor folks image. My neighbors knew that neither they, nor I, would ever be among the wealthiest in our culture’s society, but everyone wants to feel superior to someone—It’s self validating. I concluded that the Walmart store was probably a chosen target for contempt and condescension just to affirm that we were not poor folks. That was my best conjecture.

The store has settled into my neighborhood, and it is well patronized. There are still comments of condescension, but the same condescending people frequent the store. Walmart’s presence has not produced any of the dire social impact changes that were predicted.  However, for me, there is an important change associated with the arrival of Walmart. Just as they predicted, I can now see the presents of social flaws in my neighborhood, but those flaws are not in the new store. Walmart did not create, but rather revealed imperfections in my community. A collective glance in the mirror reveals social class prejudice and bigotry created and perpetuated by self doubt and anxiety. These are the scars that mar my neighborhood. Prejudice and bigotry, fueled by a smoldering middle class anxiety, are the forces that denied a “Welcome to Walmart” in my suburban community. 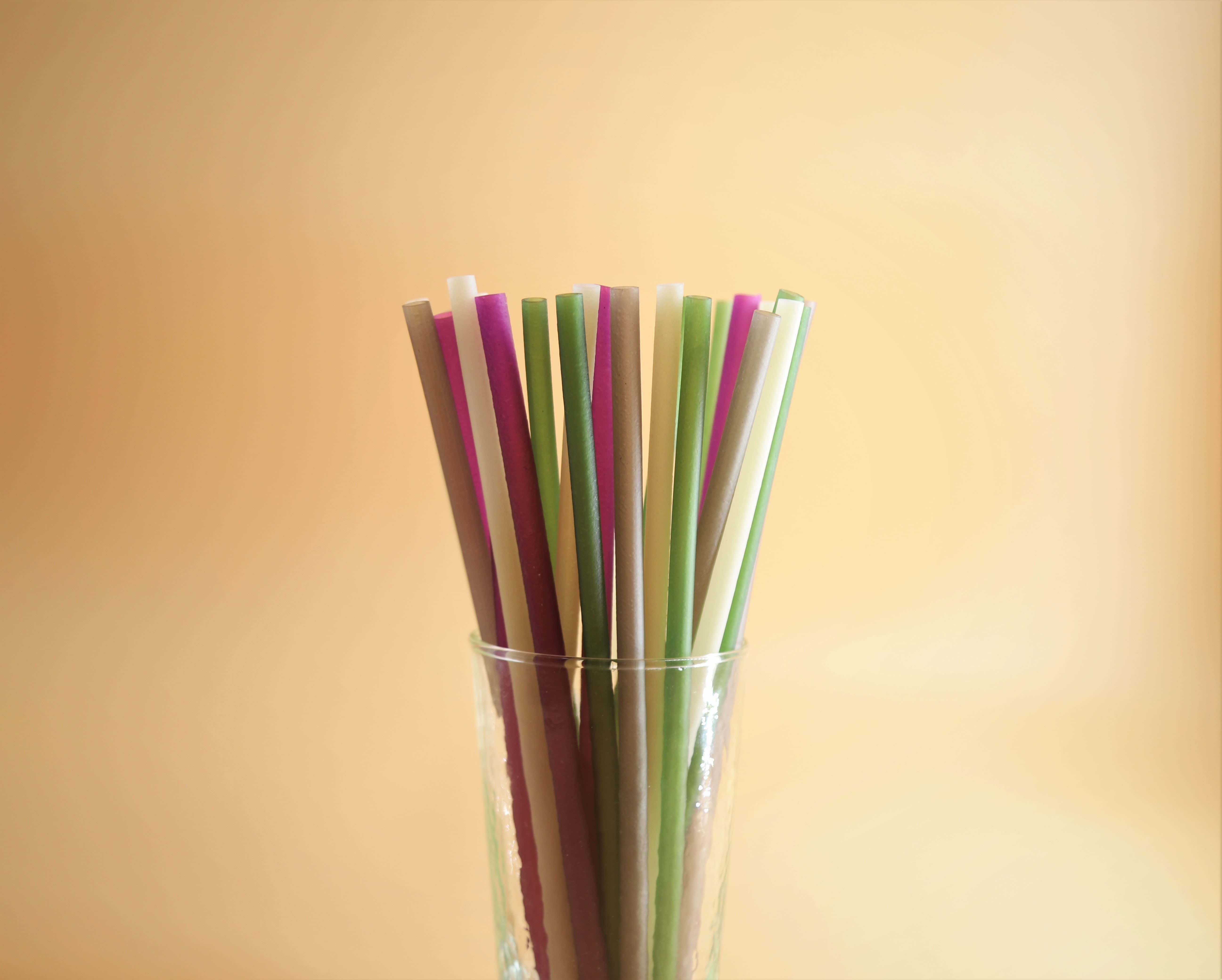 Helen Ikerd Johnson is a retired school teacher. She taught in private, parochial, and public schools for thirty-five years. Her book Up Hill Both Ways: the Truths, Lies, and Tall Tales We Tell About School was released March, 2019 by Amphorae Publishers. A short article version of Up Hill Both Ways, was published by Rootstalk, a Prairie Journal of Culture, Science, and the Art, 2016. Mrs. Johnson holds a Master of Education degree in Behavioral and Emotional Disorders and an Education Specialist degree in Elementary Administration.