Five weeks ago, our friend Vic brought us his blue Betta fish to look after while he quarantined outside the city. It arrived sealed in a pickle jar, which he had placed at the bottom of an empty tank along with one wet water lily, and rollerbladed across town. Jusef asked if it had a name. “It’s Fishi,“ Vic answered, “with an ‘i’.”

Fishi left us this weekend, when our friend returned to collect him, and we are heartbroken. I don’t think a fish has ever been so loved. He was a lovely shade of royal blue with a tinge of red at the end of his long train of a tail. We spent hours watching him flutter his tiny fore-fins around the roots of the flower in his elegant cylindrical tank. He would surface for food when we approached, then dive to the bottom of his gracious apartment to digest. He was most active in the morning sun, while I was teaching online, but my boyfriend reported a second wind early in the morning, when Fishi would dart around while he played video games long into the night. Nighttime was now so quiet on the sheltering Lower East Side, Jusef said, that you could hear Fishi chewing his pellets of food. We learned how to feed him by placing them directly above him, disturbing the water with a pinky finger when he couldn’t find his meal. Our friend Natalie gave us some tips from her years as a Betta-mother via Facebook: “Happy Bettas blow bubbles, and jazz hands make happy fish.” You should have seen us Fosseing around the tank, rejoicing when he rewarded us with a bubble.

I was so sad about Fishi’s departure that I missed my Alexander Technique class on Friday. I look forward to this weekly Zoom gathering of teachers and students of the body awareness practice. I find the sight of my colleagues comforting, each one doing their best to follow Alexander’s instructions to “free the head and neck,” their torsos spread across my computer screen in mosaic equipoise. This week I had planned to ask the group a question about the difference between “waiting” and “waiting for.” It will have to wait until next time.

Having missed my Alexander class, I opened the Metropolitan Opera’s streaming broadcast of Dialogues of the Carmelites on my iPhone, cast it to the television, and quickly started crying my tits off to Poulenc’s radiantly-anguished, mystically-queer, Catholic opera. I particularly enjoyed seeing Karita Mattila in the role of The Old Prioress, stoic matriarch of the Carmelite Order. The role is often played by an ageing soprano, who, having reached the heights of operatic success (or having nothing left to lose), is willing to shred her voice during the Prioress’ vocally-punishing death scene. I suddenly had the strange hope that maybe if I lived long enough, some non-paying, gender-bending local opera company would cast me in the role. With sickness and death permeating my extended circle of friends, most of them young and in good health, it served as a useful motivation.

Poulenc’s opera is an unexpectedly engrossing amalgam of epic historical fiction and intimate spiritual rumination. The death of the Old Prioress initiates the dramatic and philosophical momentum of the plot. She dies a horrible, agonizing death, screaming violently and cursing God in her last moments. Afterwards, a gossipy younger nun muses in a flippant coloratura, “Who’d ever imagine that she would die so badly? One would think when He gave her such a death, our good Lord made a great mistake; like in a cloakroom when you’re given someone else’s coat.”

It’s easy to say I’m ok with dying, but I wonder how I would actually conduct myself if I were experiencing what some of my friends are going through now, either at home, alone, or in the hospital, alone. I like to think I’d be ready, but I’m not so sure that I wouldn’t plead, “Not like this!”

There is so much we don’t know about this mysterious illness which attacks our lungs by creating a barrier between air and blood, mirroring the way our human lives have attacked the earth’s ability to breathe. But while we contemplate our mortality, let us be wary of anthropomorphizing Mother Earth. It is as disrespectful to remake Her in our image as it is to do so to god.

I have had absolutely no words about These Trying Times. No words. This is the first time I’ve been able to write since February. John Cage wrote, “I have nothing to say and I am saying it and that is poetry.”

But I’m glad that other people have lots to express. It’s inspiring to witness the virtual feats of my friends and colleagues—artists, musicians, dancers, yogis—who have transitioned their disciplines to the online world, and I am a grateful beneficiary of their efforts. Thanks to them I have meditation classes, writing groups, dance parties and satsangs galore. Of course, the highlight of my online week is Saturday, when my sister leads a “Sounding Meditation” on Zoom, during which one thousand people from all over the world follow these simple directives bequeathed to her by her recently-deceased musical mentor, the composer, Pauline Oliveros: 1.) breathe and listen for a sound in your mind’s ear 2.) breathe again and listen in the field of sound for another person’s sound, 3.) tune to that sound, and 4.) “sound with them.” This “Deep Listening” exercise had its genesis in the Womyns’ Lands and New Music Centers of the sixties but seems expertly curated for just this moment in human technological history. As I breathe, sing, tune and intone, faces pop up on my iPhone from all over the world, some with headphones, some with eyes closed, all listening and “sounding” together.

I, myself, haven’t been able to create anything. I can’t sing either. Hell, I can’t even read. And boy do I want a drink (and a cigarette). Thank goodness for Zoom Alcoholics Anonymous—that is, when our meetings aren’t getting Zoombombed! (Last week in the middle of a sensitive share, I was interrupted by a teenager screaming flattering things about his penis and we were forced to disband the meeting.)

Fishi wasn’t very hungry on Thursday and we were a little worried. I thought maybe he needed some fresh water, but Jusef assured me he was just stuffed from the day before. By Friday he was famished, and we fed him just before Vic came to take him away, so he was mellow when we scooped him up into his pickle jar for the ride back home to Chinatown on our friend’s rollerblades.

I had some indestructible goldfish when I was a kid that lived way longer than I thought they would. Some of them jumped out of their tank and I found their bodies dried into the 70s, shag carpet, frozen in horrifying Pompeiiesque postures. At some point I put the survivors outside under an awning where they lived in a tank refreshed by rainwater. No one in my family thought to let me know this was probably not a humane idea. But that’s ok. I couldn’t blame my parents for anything even if I tried. The me that did that kind of blaming is just gone. I can’t even blame myself, although I can take responsibility.

And that’s good, because there’s nowhere to go now but inward, into everything that makes me who I am, no matter how unflattering. If I am truly accepting of all that is in me, without fleeing to distract myself from any of it, I can see that everything is embraceable, even the inscrutable acts of Nature. If I resist even one sensation of terror or rage or resentment, I again become uncomfortable with the mystery of Nature’s acts and attempt to explain them. There are no words to describe this mystery. We can only tell stories that pay homage to it, and persevere in not understanding.

There is a story about a fish in Hindu mythology: Lord Shiva was talking to Parvati about a new and exciting technique he’d discovered called yoga. Parvati side-eyed her husband, because she already knew all about yoga, having invented it herself. A fish named Matsya overheard them and swam up to listen. Sensing that the fish was more interested in the discourse than his wife, Shiva instructed him in the art of yoga and deputized him to teach yoga to the world. In this way, all yoga teachers are disciples of Matsya. Fish means “The student becomes the teacher.”

It will soon be six weeks since the day I had one of the last elective surgeries in New York City, the day Fishi came to us. (Jusef removed my stitches with a cuticle clipper last week with the help of his mother, a nurse in Iraq, over Facetime, so I wouldn’t have to visit a hospital.) The shoulder-to-shoulder incision on my back is nearly healed and I am gradually working up to my daily yoga practice again. Doing yoga will certainly improve my state of mind, although I should say, (despite my hysterical, mystical-queer Catholic crying), I’m mostly just fine.

My first day back at yoga was as a teacher. Last week my assistant principal asked me to do some asanas with my advisory class over Google Hangouts, so I led the kids in some poses that wouldn’t rip my stiches or pop their adolescent knees. That same day I got a call from a friend and mentor in the yoga community who invited me to participate in her online certification program, something I would not have been able to do otherwise.

Because I was not able to practice physical yoga this month, I had to do a lot more meditating. I am a little salty about meditation, having commenced the practice when I was twelve with the aim of pacifying myself during an abusive situation from which I saw no possible escape. Over the past thirty years, meditation has caught me coming and going. There have been times when I have been just as addicted to meditating as I was to drinking. I have also been addicted to not meditating, to imagining that if I did, I’d somehow be a better person, which is the exact opposite of meditation.

But boy have I been enjoying it in isolation. Only true love of the practice can compel anyone towards the radical intimacy with self that it requires, and quarantine has made intimacy with myself mandatory. There never was a way to push anything away, but now it’s actually impossible. They’ve discontinued distraction. There has been moratorium on evasion. We are all being forced to fall in love with ourselves, like it or not.

The meditation I practice begins with the instruction, “Think of something or someone you love.” Sometimes I think of my boyfriend, sometimes my sister, my parents, grandmother, or teachers, but mostly these days, I think of Fishi.

Something to Wipe Off by Karen J. Cantrell 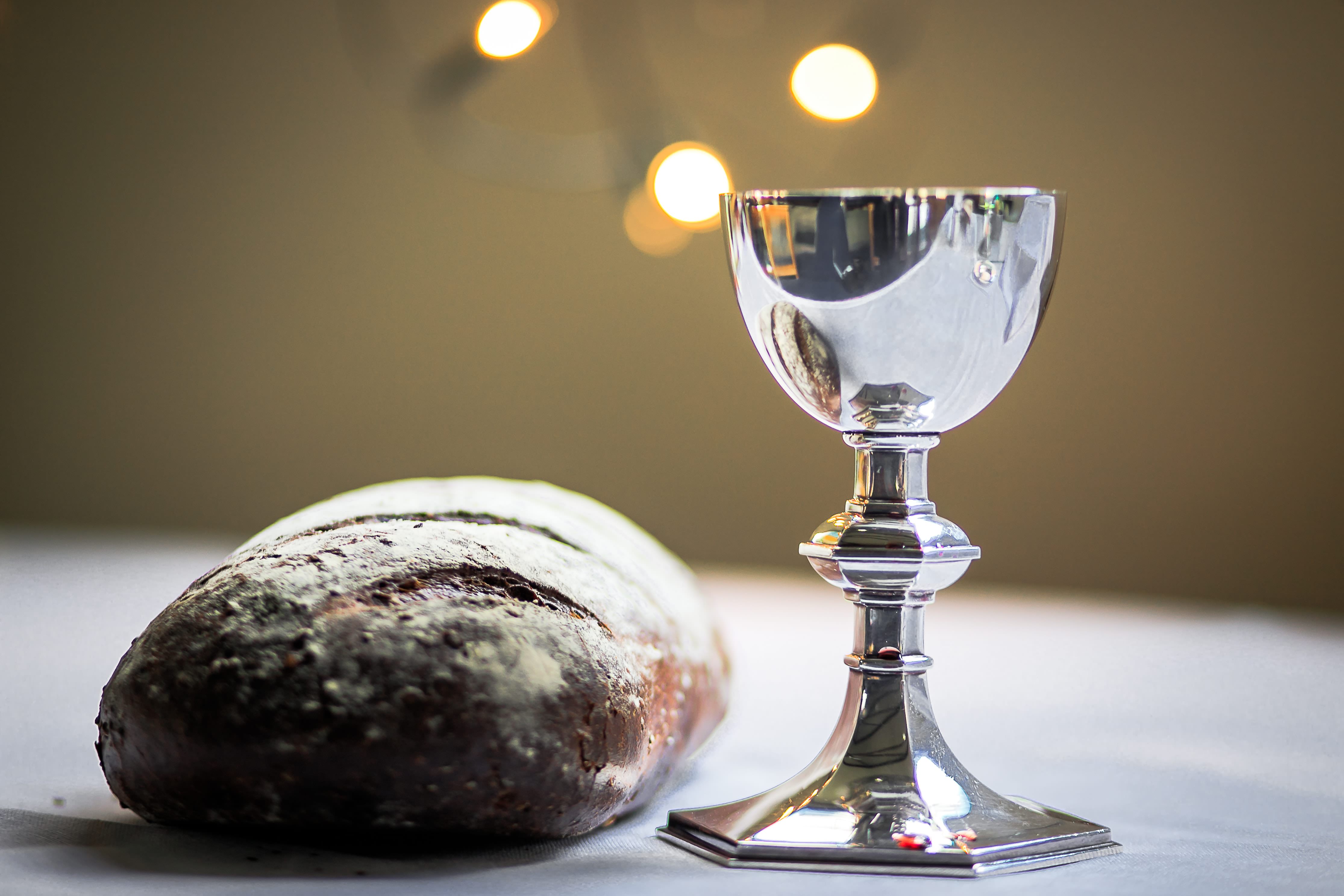 Darren teaches English at New Design High, a public school in his Lower East Side neighborhood. An accomplished opera singer, he has released several recordings of classical art songs, winning The American Prize for his album, The Young Debussy. He is the author of Singing from the Inside, a manual of vocal technique and Mindfulness for Teens, a course in meditation and mindfulness for high school students. His translation of Wilhelm Müller’s Die Winterreise is used for English-language performances of Schubert’s song cycle all over the world. He studies writing with Bruce Benderson.