Memoryland, as far as my eye can see, spread out on tables in front of my Mama’s house under the dappled shadows of a sunny day. Inside the house, the chairs, sofas and cabinets of my lifetime, much of them purchased by my parents at an estate sale after they moved back from Morocco. I accidentally kicked something. I looked down. My mouth dropped open.

Seeing the flat metal knife and fork are an instant pricking of recall. I’m standing at a concrete picnic table. The water is boiling in the big bucket, dinner dishes waiting for the spot of dish soap which sweetens the air. The removable pot clamp clinched to the side of a skillet bubbling with goulash. White plastic coffee cups, filled with milk, beside four plates on the red gingham oilcloth, each sided by a paper napkin, and a flat green fork on the left and a blue knife on the right. Bread and butter centering the table. The tiny goulash potatoes finally soft. The next day, every implement is packed inside the big water pot and sealed shut. Daddy is loading up the trunk, a puzzle he re-creates every day, following a map down a road my Mama has picked out in February in Dallas during a cold spell.

Wow. There is our camping gear opened to show the offerings. I didn’t catch this one. I am the lucky, appointed family member watching as the world comes in and swoops up the leftovers of our life. I am glad Mama isn’t here. All of these items were of great value to us but to others, great captured bids and deals. The woman who bought my great-grandmother’s china, Gold Castle, said she was eager to take it home. My Mimi had purchased the china, piece by piece at Kress Five and Dime a very long time ago. The new owner ought to make me happy. At least, I didn’t cry.

Thursday was the day for tears. And it was raining and storming but we drove down anyway. My parents lived in their home for thirty years. I had just become a new mother when they re-located to the southern part of the state. My sister and I were thrilled to have them only an hour away. Fifty miles had saved all of us, many a time.

Mama, Glory the pup, and I walked through every room. Many of the sale items were in boxes, on the floor, on the furniture. The power still on but not every room had a lamp. The draped and shuttered windows squelched out even the dismal day.

Every room, every drawer, every closet. We weren’t looking for things missed in our packing. Just go into your favorite room and imagine the leavings, the items you couldn’t squeeze into storage or stuff into another box or pawn off onto a millennial child. Even the gleanings could hold the best. The best of things. We had had the best of things.

The wall paper with fifteen colors in the guestroom turned computer room. A week of chickenpox. Two heads leaning in, marveling at their first computer.

Another guestroom furnished with the furniture of Mama’s girlhood. Hundreds of guests - family and friends feted and dined, slept in style. A room of relaxation with a sticking door. A retreat from the holiday festivities or funeral visitors.

The hall bath, with a six foot horizontal mirror with vanity lighting, was very chic thirty years ago. Two visiting families could lay out makeup bags and toiletries on the long countertop. The world’s best shower head we had argued over. Who would get it in the will? But no will in this departure. Mama wouldn’t let us take it out and replace it with a newer, weaker version. Maybe the new owner wouldn’t even know his shower of luck.

Now Mama was leaving behind the best shower in the world. And a yard full of tall trees and sticks and more sticks. Must not have sticks in the yard. The exercise of bending over and over and cracking the bigger ones with her foot. A garbage can full of stuck up sticks dragged to the curb. The forlorn piece of ground ringed with brick where dozens of Apricot Beauty tulips were planted by Daddy year after year. Annual spring traffic had slowed to take in the color.

She was emphatic she was not leaving. Her house was still her home, she still had friends to call on and she could still be sitting on the front row of FBC even though she did not agree with the SBC. She has always been fearless even when awakened by the City’s Best at three a.m. on her front stoop. Wrong house. She was not leaving in fear. I believe her because I know her.

Just like her mother, Mama has always been business minded. And fiercely independent. But much more pragmatic. She has chosen to move on her timeline. She tells people her children “made” her move. That is a popular sentiment in the retirement community. But in her heart, she knows it was a decision she made and for good reasons. Primarily, for her doctors, and also, because she secretly knows a steady diet of Cheetos and walnuts washed down with Coca Cola and followed by a Magnum Chocolate Bar is not healthy. Maybe it helps that I am now ten minutes down the road but do not think for one minute she has not already driven to Walmart and Best Buy. I love this about her.

The living room was almost dark, no lamp or overhead light. Thank goodness. I lost my mascara just sitting in one of the Ethan Allen Wing chairs my parents purchased when I was seven. I was proud of those two chairs, even then. I hated not having a place for them in my house. Of course, does anyone really want to part with all of these things. But not things. My tears flooded my face. Glory looked up at me. I cried to say goodbye to every person I had loved since seven. Every word, some good, some bad. Every book. Every picture. Every nap. Every kiss. Every prayer. The room was full. The chair was full.

I was determined to eat one last meal on my beloved mahogany dining table with eight chairs plus leaves. I always dreamed of having it in my own dining room but it was not to be. I would imagine it set with my own china and the new fabric I would pick to upholster the seats. Most of all, the simple, elegant family dinners - just like Mama’s. My last supper was Popeye’s Chicken. I don’t imagine the table had ever had a chicken breast and a biscuit. My Mama doesn’t fry chicken.

The laundry room still smelled of Tide. The back of the laundry room door marked up with pencil. The lines and dates of three grandchildren and the running race of heights in a competition dependent on spurts and calcium and age.

Much of Mama’s bedroom furniture was a part of the auction. The room was not empty. She only took Daddy’s dresser and mirror where he had picked up his watch and his wallet to start the day and put them back again when returning home. She took her favorites to furnish her new apartment. I don’t feel sorry for her and the new third floor balcony overlooking a park. I am concerned about the cat but that issue depends on how high is too high.

The master bath’s only claim to fame is a window which is not painted shut. The exit in case of emergency if you can climb over the towel bar. In fairness, it is a cheap security system. No fancy screens or storm windows. Just break the glass in case of emergency.

The closets aren’t big but light up when the door opens. Louvered doors. A very high end part of the house built by a builder known for solid, comfortable homes. I stepped inside Daddy’s closet, remembering all of the crisp cotton shirts, fine wool suits, and natty ties which made up his work uniform - the best advertisement for the quality of The Store. Nothing in excess but everything the best. He would be lecturing me right now about the state of my excess.

One early, early morning, when the doors were bumped, the light came on. Mama asked Daddy what was going on. He said he’d fallen and wondered what time it was. She asked him, “Why do old people always want to know what time it is in the middle of the night?” She got out of bed and sat down next to him. Nothing was hurting him but they agreed the two of them could not stand up and get him into the bed. She made a call. Help was on the way. Waiting on the floor, I imagine they were talking about sticks in the yard or his next dialysis. A never-ending conversation since second grade, more breathing than words. Then the flurried arrival of the paramedics who could see a situation going south. Mama said “Darling, I’m calling Amy.” The next couple of minutes he lay breathing quietly on a gurney, covered by a blanket. She looked in his eyes and told him, “Jesus is coming for you.” He believed.

It is not the things we can’t stand to let go, although at some point in the auction I wanted to start grabbing china plates and wing chairs and run people out of the house. Every memory attached to these auctioned items was tearing at my body. We can hold a thing in our hand or nail it to the wall or bring it out of a pretty box for the holiday. But it is the place, the where, the first, the last. The air and the slant of the sun or lighted stripes falling out on the rug at three o’clock in the morning – that is what I want to grab. The sacred minute which is not mine to hold but will always be there a few feet from the closet. The life experiences which take our breath away. The wonder of a well-loved home. 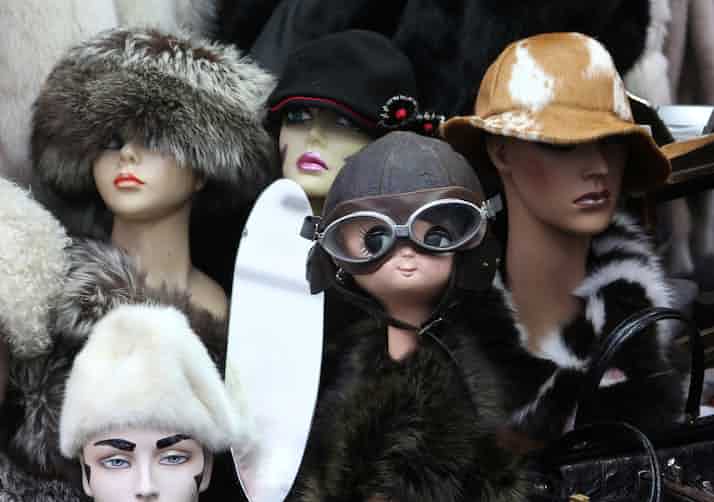 Howling Away Our Hats by Scarlett Savoy

A storyteller and poet, Amy Taylor considers Eureka Springs her touchstone. She was Assistant Editor for the Ledbetter Monograph Series at the University of Arkansas at Little Rock. As a mental health advocate, she served as President of the Arkansas State Hospital Auxiliary. The goal of her current manuscript is to get information to the newly diagnosed and break the chain of stigma which shadows those living with mental illness.