(The existential dilemma of buying my first cowboy hat)

On the one hand, buying my first cowboy hat was uncomplicated and painless. Nearly a year ago, I saw one I liked at the Murdoch’s Ranch & Home Supply store in Silverthorne. I tried it on. It fit. I looked in the mirror and thought it looked pretty good, so I took a selfie and texted it to my wife. (Immediate response: “No.”) I decided to buy it anyway, because that’s what husbands do. I put it on the passenger seat of the car for the drive home to Granby.

On the other hand, sometimes a cigar isn’t just a cigar.

I was born in Alabama, raised in Pennsylvania, and moved west in 1985. I’ve seen a lot of the world before and since then, from North Africa to the Arctic Circle to Soviet Siberia to the Philippines, plus nearly all of the states this side of the Mississippi. But as soon as I made the American West my home, I knew this was where I belonged.

Why, you might ask? It’s complicated—and has little to do with lifestyle, weather, or Western mythology. It has to do with something deeper and more intrinsic: the freedom to be who you really are. A friend once described the West as a place created when a great force picked up the United States by the East Coast and shook it. People who were unattached, unstable, or willing to risk letting go found their ways here. As a result, many of the Westerners I admire are people who navigated unusual paths to success and happiness, even if it meant doing things differently than anyone had done before. Here, we’re all free to pursue dreams and schemes without regard to reality as everyone else has defined it.

To me, that Western ethos is palpable, like a smell or a taste or the phantom tickle of something that brushes against your skin. It’s why I believe the American West persists as a boundless frontier, and why it seems populated by so many outstanding inventors and entrepreneurs and artists and athletes, as well as grifters and con men.

If you boiled that notion—the West provides the freedom to be yourself—down to a single image, it might look like a cowboy hat. It’s so iconic and makes such a powerful visual statement that simply putting one on opens faux cowboys like me to the risk of ridicule in this open-range Land of Id. There’s real danger in presenting an image that could crumble into dust the moment someone asks, “So, do you actually have a horse?”

Before I left the Murdoch’s parking lot, I posted the selfie of me wearing the hat on Facebook with the simple caption: “My wife says no.”
When I arrived home an hour later, I checked Facebook again. The responses to the photo couldn’t have been more emphatic, or polarizing, had I posted a picture of myself arm in arm with both President Donald Trump and Hillary Clinton, all naked.

Many joined my wife firmly in the “no” camp. “I support her,” wrote our daughter’s former nanny from Oregon. “Your wife is a smart woman,” wrote a pal since grammar school. Another friend from San Diego declared I was “all hat, no cattle,” while another suggested I get “a timeshare on some cows.” A smart-ass San Francisco journalist suggested, “They can use more help at the Bundy Ranch,” and a sarcastic niece in Denver wrote: “It totally goes with the fanny pack and the Subaru Outback.” The name Roy Moore came up at least once, as did references to the Village People and Robert James Waller’s The Bridges of Madison County. One concerned friend in Southern California cautioned: “Obey the hat or the wife? Choose wisely.”

Other comments were more encouraging: “Cool cat in a hat.” “You rock that Western look!” “It seems a natural progression. Don’t fight it.” God forgive me, but I gravitated to the positive comments from several women upon whom I’ve had distant, decades long crushes, deluding myself with the idea that their kind words were about me rather than the hat. “HAWT,” opined a writer with whom I’d never actually had a face-to-face conversation. “Definitely, yes,” wrote a 30-years-younger art director with whom I once worked.

It was difficult to parse the response from a longtime friend in Maryland who simply posted a photo of Motörhead’s Lemmy Kilmister. In his black cowboy hat, Lemmy looked like a cross between Richard Petty in his prime and a wanted poster for a Texas Klansman. That post prompted a question I hadn’t considered: What if the me my new hat projected turned out to be much different than the one I intended? A distant memory surfaced, Kurt Vonnegut’s cautionary words in the novel Mother Night: “We are what we pretend to be, so we must be careful about what we pretend to be.”

My wife shook her head when I stepped from the Subaru and struck a Marlboro Man pose, her face registering about the same level of contempt as if I’d rolled up drunk with a carload of mistresses. Naturally, I began to second-guess my decision. By then I’d lived in the West for more than three decades—admittedly, most of it in Southern California—but was owning a cowboy hat a threshold I was not yet qualified to cross? What had I done, really, to earn this hat? Did my impulsive indulgence forever mark me as a hopeless poser?

The doubts sent me into the closet, literally, where I hid the hat on a top shelf. Before I exiled it, though, I peeked at the hat’s label. The “Dakota” model was 100 percent wool and designed by a company in Sulphur Springs, Texas. I found the authenticity of that comforting. But the next line on the tag—“Made in China”—tipped my already-rattled confidence into a nosedive. The accusatory voice in my head was clear: Poser!

I tossed the hat up and out of reach. Weeks passed. It sat untouched until one day my wife went out for a few hours. I decided to take a chance. I pulled the hat down, put it on, and headed out for a walk with the dog.

Our hike took us along the ranch roads near our house, during which time I felt absurdly conspicuous, as if I’d placed Queen Elizabeth’s tiara on my head for a trip to King Soopers. We eventually passed a neighbor, who stopped his car and rolled down the window to chat. I braced myself, but he offered no comment about my headgear.

His expression said, So? What he actually said was, “Looks good.”

Emboldened, I began wearing the hat on more solo hikes, all without incident. By the time our daughter visited at Christmas, I was confident enough to wear it on a family stroll along the Colorado River headwaters. In time, even my wife stopped rolling her eyes, and eventually I integrated the Dakota into my regular hat rotation. Putting it on no longer triggers an existential dilemma, and thus my cowboy-poser identity crisis entered an odd sort of remission.

Now I find myself looking forward to this fall’s annual fundraiser for the Grand County Historical Association, where last year I was among the few attendees, male or female, without a cowboy hat. I anticipate it as a coming-out party of sorts, when I’ll wear my hat boldly among friends and neighbors who, for whatever reason, have made the exact same calculation.

Some are ranchers who really do ride horses for a living. In my mind, they’re the ones who’ve earned the right to wear such a hat, and I’ll gladly step out of their ways as they pass. But I suspect just as many are Subaru Cowboys like me. Call me a poser if you wish. I prefer to think I’ve simply come to embody the Westerner I’ve been all along.

This essay originally appeared in the July 2018 issue of Denver's 5280 magazine. 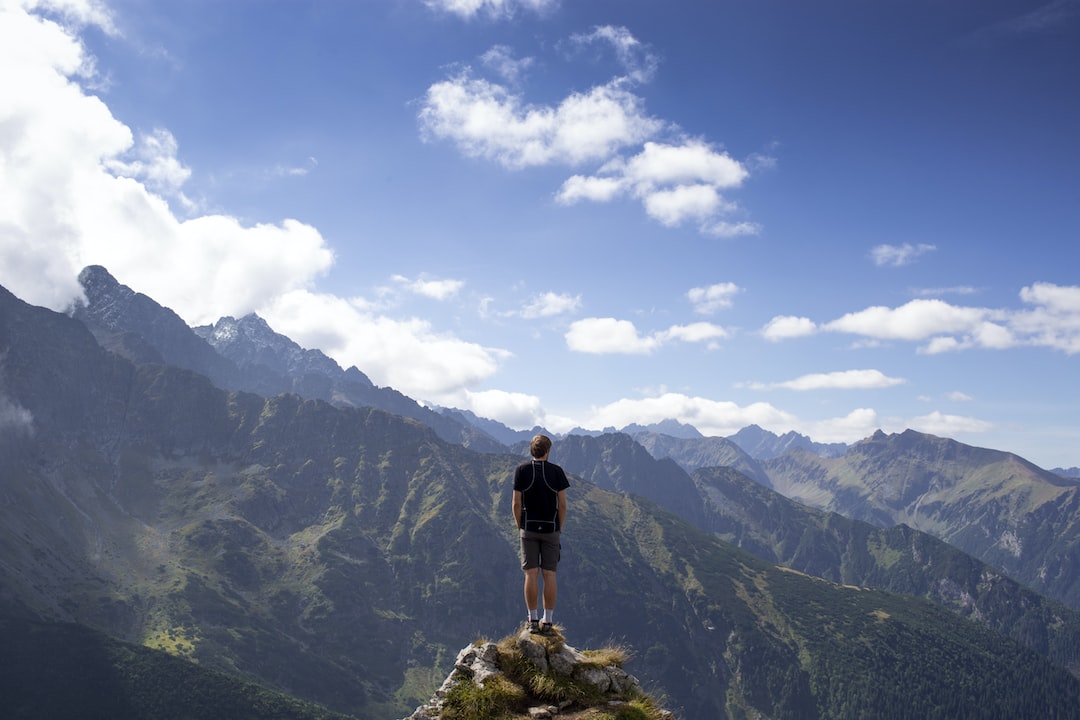 Life as a Mountain 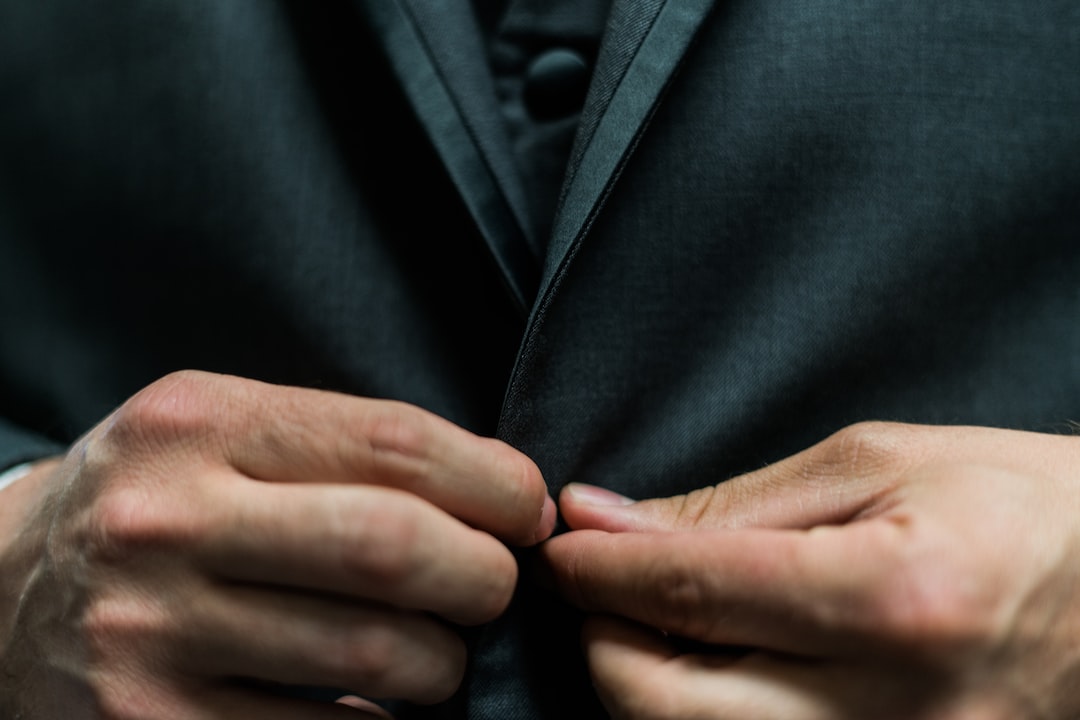 One View of New Edo

Martin J. Smith is the author of five crime novels and four nonfiction books, including Mr. Las Vegas Has a Bad Knee, (Globe Pequot, 2017) a collection of essays about the people, places, and peculiarities of the American Southwest produced while Smith was a reporter and magazine editor in Southern California between 1985 and 2016. He currently lives and writes in rural Granby, Colorado.