I went to the dog park because it was one of the last places with surefire signs of life. Not just magnificent canines trotting about, but children laughing, couples holding hands, the occasional dog going feral with delight as its disgruntled owner gave chase. There were always plenty of “hellos” and nods of recognition.

My favorite bench sat on the far side of the park and the cocker spaniel sat poised and sentinel as if waiting on me. It was handsome, if not regal, with a silky coat the color of fresh cream and fluffy ears that begged to be tugged. It was the kind of companion who belonged in a house with Persian rugs and Sunday china, resting on a divan.

“Good dog,” I said. “Nice dog.” It flapped its tail once in agreement.

For an hour, we sat together in a pleasant silence. Others passed by, keeping their distance, but waving with that newfound camaraderie we reserve for strangers. The afternoon bridged into evening; the sky turned into shades of pink. The park began to empty. I kept wondering where was the dog’s owner. But the spaniel didn’t seem to mind, still perched near me as if guarding the perimeter. It had on a bright blue collar, no tags, no leash. When I reached to pet (by instinct), it accepted my hand with near disinterest. I ate a candy bar. I had a cigarette. I had two cigarettes. I could feel the urge to pee coming on.

“Where is your owner?” I asked out loud and the dog gave me a shallow look, the kind with hidden judgement.

“He’s adorable,” a woman said as she passed by and I told her, “it’s not mine!” She shrugged and tugged the bite-sized Pomeranian along with her.

“Well, I got to go. Best of luck,” I said and found the spaniel trotting beside me as if I had offered an invitation.

I don’t why I took the dog; I knew it was an irrational decision. But then, we lived in an irrational time when I could barely watch the evening news without bursting into tears, a time of disease and distance, and utter loneliness. I lived alone. And if I did not talk to myself or leave the radio on or take my afternoons in the park, the silence could grow oppressive – it was deafening! Perhaps, I felt the cosmos was rewarding me for my servitude.

My first act was to drive to the pet store and to buy the appropriate provisions. I let the dog follow me inside, like a test, to see if it was flighty and would attach itself to a new owner. He did not. I picked up a leash and two shiny bowls, and a bag of kibble. “None of that vegan crap.” The dog seemed to grunt. I got a better brand of kibble and a squeaky toy in the shape of bee. To this, the dog approved.

The cashier was a skinny middle-aged woman who looked very granola. Her hair was pulled back in deep locks, tied together with an orange scarf. She wore a surgical mask with little kitten faces printed in methodical rows.  “You shouldn’t be in here without a face covering,” she said. I apologized, I tried to explain – it was at home and I was in a bind. “Whatever,” she grunted and swiped my credit card in an act of vengeance. We left immediately.

“What a bitch,” the dog said. “And I should know. Stupid bitch.”

I stammered. I mentally stumbled. I spat out something unintelligent about often forgetting things.

“First of all, forcing people to wear a mask infringes on their God-given rights. This virus has been hoax from the start and the government is using it to control people.” The dog spoke in a terse voice, the kind of whiskey-clogged pipes, a butch voice. “Secondly,” it said, “what’s she know that we don’t with that degree in women’s studies. How many feminists does it change to a lightbulb? None, because they think the lightbulb needs changing.”

And then it laughed, haughtily, humorlessly, a little villain laugh that inspired the image of a man twirling the end of his moustache. And I laughed, too. I was charmed, confused - I was afraid of what it would think if I didn’t.

My apartment was a one-bedroom garden unit with a small patio that bordered a grassy knoll of the complex’s picnic area, which no one ever used but gave the illusion of an expansive yard. I was overcome with the thought of throwing tennis balls and sticks and watching them return to me in slobbering jaws. The entire drive home, I fell into a happy little daydream of long evenings in front of the TV, my new little companion coiled up around my ankles, and then snuggly stretched out at the foot of my bed as I slept. Tt seemed like heaven. When we finally arrived home, I was delirious with joy.

My neighbor, Priyanka, sat on her own patio with her evening tea. Sometimes, we sat together, always at a respectable distance, and would talk through the endless monotony of our days.

“You have a new friend,” she said. She was just as charmed and she reached down to scratch its ear. The spaniel, however, gave a low growl and bared its teeth until she threw her hand back. “Does he bite?”

I could do nothing, not even shrug – my arms were full of supplies. “I’m so sorry,” I said. “I have no idea what’s gotten into it.”

“Well, keep him on a leash,” she said as we went inside.

“I don’t like her type,” the spaniel grumbled. “Not as bad as Mexicans though.”

I was taken aback. I supposed it was hungry. Aren’t we all foul when we have not eaten? I placed one of the bowls down and filled it with kibble.

“The problem with Mexicans is they’re mostly here illegally,” the dog said haughtily. “It’s a terrible situation – illegals and refugees pouring in and freeloading off the system and stealing our jobs. Do you know how to speak the Pledge of Allegiance in Spanish? I don’t and don’t want to.”

I begged it to stop talking, to simply eat. I was beginning to have regrets. The rest of the night, it kept testing my limits. I had tried settling in at my work computer, but the dog kept howling for attention, and as I paced around the apartment, it nipped at my heels. For the evening news, “the liberal medial!”, it exclaimed.

“That’s the problem with shutting everything down. You're hurting the economy,” the dog instructed. Its face was still lovely, its sad drooping eyes, its fluffy ears. It reminded me of the stuffed animals I had carried around as a child. “You’re all sheep, trading in your freedom,” it gloated.

“That’s not true,” I finally said and the spaniel perked its head up, as if I slapped it. So, I used my calmest voice. I tried to explain about social responsibility and flattening curves and everything else I truly believed in.

“This is what happens when you let socialism in your front door,” the dog grumbled.

“Shut up,” I snapped. “You don’t know what you’re talking about.”

That night, I lay alone in the bedroom with the door closed tight, unmindful of whatever dog was doing out in the apartment. There were moments of quiet when I could feel it plotting to cause harm. I half-expected to hear glass shattering and growling, as much as I had hoped there would the soft pawing at my door. When I did sleep, it was a heavy sleep, and I dreamed about my ex-lover, and the ways we used to laugh and drink and makes plans for the future. We treated each month of the year as twelve separate journeys.

I awoke early the next morning, before dawn, without the light creeping in through the blinds. The apartment was unnervingly quiet, so much that my thoughts could even echo back at me. The spaniel was curled up on the couch and peered at me with a look of curiosity, and then it grumbled something about the needing more bibles in schools and the desire to invade Iran. I grabbed the new leash and it lazily wagged its tail.

We drove back out to towards the dog park, taking the scenic route through the nicer neighborhoods. The morning sky began to brighten in its usual way.

“What’s the difference between a liberal and a puppy?” it asked in a sinister yet pleasant voice.

“Heh. A puppy stops whining after it grows up.”

The park was open and quiet, with not so much as an early morning jogger out. The flowers were in blood. We took a nice stroll until we had made our way back to my favorite bench. I tied the edge of the leash in a small loop within the strands of metal and turned to walk away.

And the spaniel stared back at me, its face docile and mournful and almost desperate. Then, it sneered. “Climate change is a myth,” it said.

I drove downtown and wandered along the empty streets, with a sense of resignation to this new empty world. My mask was on, though there were very few people about, but it felt like a duty, like armor on this long march into our new normal. There were many little cafes and storefronts that I used to visit. I found myself stalling in front of the antique store, wondering how many more weeks it had left, and admired the little trinkets in the display window. A ceramic vase, a German clock, a gold ashtray shaped like a peacock. My ex-lover used to encourage me to buy pretty little things, little bits of joy, he used to call them. 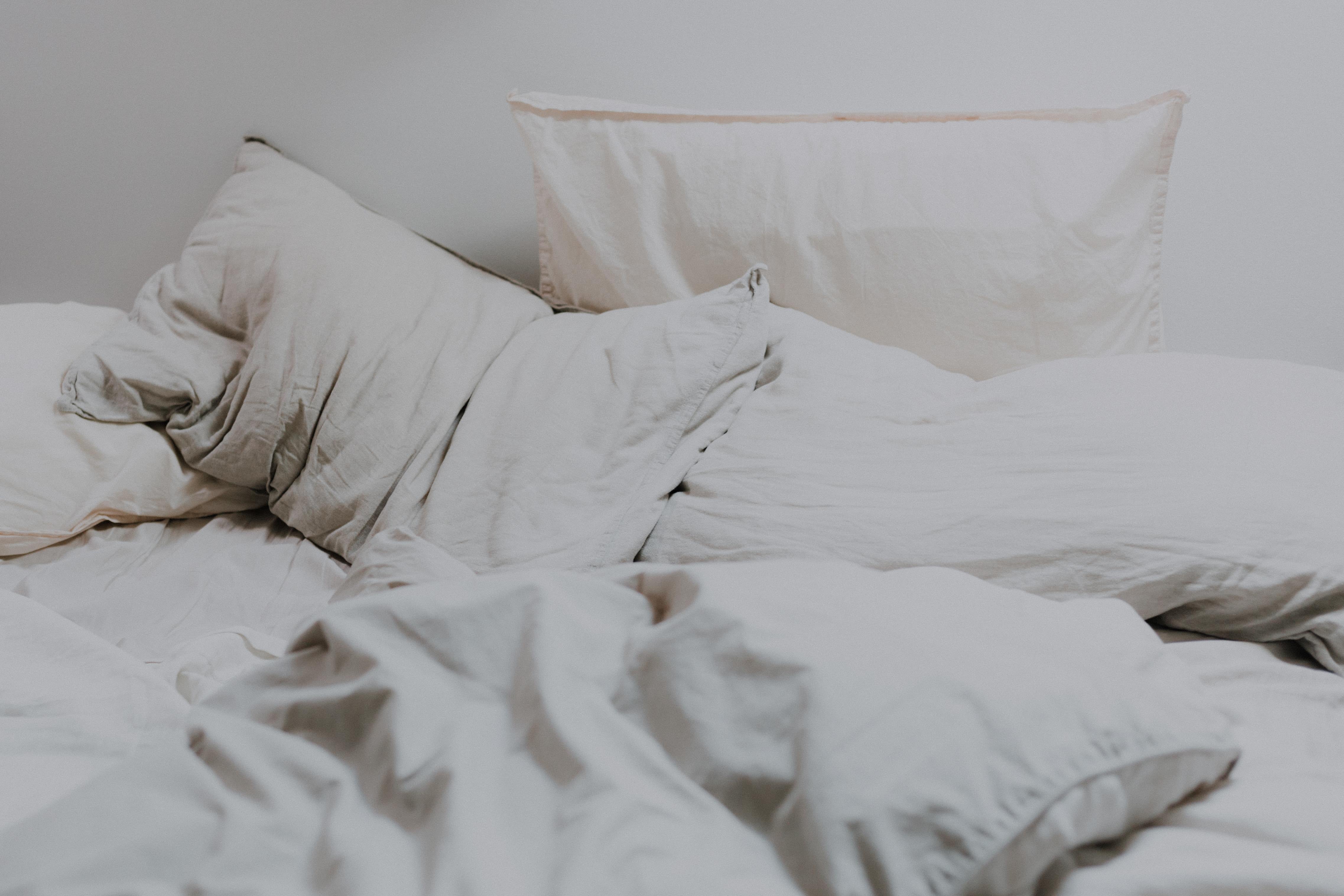 To sleep. Oh yes, to sleep by Ray Shermer

Jonathan Harper is the author of the short story collection Daydreamers (Lethe Press), which was a Kirkus Review’s Indie Book of the Year for 2015. His writing as appeared in places like The Rumpus, The Rappahannock Review, Chelsea Station and numerous anthologies. He is a graduate of American University’s MFA program and lives in Northern Virginia. Visit him online at www.jonathan-harper.com