“The Mango Tree” is a fictionalized version of an actual childhood event recounted by Tushar.

Tushar had wet his pants and was crying. His mother, Sanchita, repeatedly asked what had happened, but he would say nothing. He couldn’t, because he had disobeyed the strict instructions given to all children to stay away from the mango grove.

Tushar hardly knew that he lived a life of luxury. At five years old he was just beginning to develop a sense of self and how he fit into the world. His family was very wealthy. His grandfather, Ankar, had emigrated as a young man from their ancestral home in India and his exceptional entrepreneurial talent led him to great commercial success in Uganda. Tushar's father, Vikas, had taken over and further developed the family businesses as Ankar eased into retirement. As young as he was, Tushar would sometimes accompany his father on business trips to the family’s disseminated tool and die works, factories, plantations, and auto dealerships. These trips never interfered with schooling: education was a very high priority for Tushar’s family, as it was for almost all Hindus living in Uganda.

It was on the walk back from the Hindu school that afternoon that Tushar and his friend Jamal found the sweet, resinous fragrance of the mango grove to be so seductively attractive that they would disobey–but only a little bit–by climbing a tree and plucking a couple of big, juicy mangoes. The grove was large, with many trees, and bore so much fruit that most of it actually fell to the ground and rotted. Tushar thought that possibly no one even harvested any of the fruit.

And, they wouldn’t really go into the grove–just climb a tree on the edge of the grove. So, not actually disobeying…at least, not much.

As Tushar and Jamal climbed higher into the tree in their quest for the delicious, forbidden fruit, they saw, in the middle of the grove, a tall, square fence surrounded on all sides by the mango trees. The fence was solid wood, protecting the area inside and impossible to see through–but from their arboreal vantage point, they might be able to see over. There was a single gate leading into the cleared area.

They were not yet high enough to see the ground inside the fence, but they could hear voices and chanting. Curious, they climbed higher and were finally able to see inside the fenced square. There were many people inside, two or three dozen perhaps. There was a platform atop a pile of logs, and on this platform an old woman, wrapped in a white blanket, was sleeping. A man walked around the pile of logs and poured something into the woman’s mouth. She lay still. Maybe she was dead.

Then the man lit a torch. To Jamal and Tushar’s horror, he placed it on the woman’s mouth and flames lept skyward. He then touched the torch to various places at the bottom of the pile of logs, and flames soon enveloped the entire platform. Tushar and Jamal now thought that the old woman surely must be dead. But why were they burning her?

The flames rose over the top of the platform, but still, as the flames danced and moved around in the air currents, they could see the old, dead woman on the platform.

Suddenly she sat up! She was not dead; she was being burned alive! She did not cry out as she sat up, but two men with clubs immediately approached the platform and began beating the old woman. That was when Tushar wet his pants. The old woman lay back down and was soon consumed by the fire.

Tushar and Jamal spoke not a word as they hurriedly climbed down the tree and ran to their homes. They had not even plucked the fruit that had enticed them to witness this horrific murder.

Tushar’s mother tried in vain to get him to explain what was bothering him. He would not say. He could only huddle in his bedroom, crying, refusing to speak or move.

When Tushar’s father came home from work he conferred with Sanchita, and then came to Tushar’s bedroom. He spoke softly.

“Did you go into the forbidden mango grove today?”

Tushar hesitated, then nodded yes. He could not lie.

"So it is time for me to tell you about death and how our people mourn our dead. When an adult dies, the body is burned on a pile of logs to free the spirit. This is called the antyesti. We anoint the body with ghee, including pouring some into the mouth, and light the fire first in the mouth of the dead person. Remember, the person is dead and feels no pain, but rather their spirit feels liberation when it is freed by the fire. At the antyesti we say:

“But she was not dead. She sat up and bad men hit her with clubs.”

"She was dead. Sometimes when the body is first touched by fire, the muscles in the abdomen tighten and cause the body to sit up. The funeral workers use the clubs to break the bones so that the body will lie flat again. This can be upsetting if you have not seen it before. I remember when I first was allowed to attend an antyesti this was very disturbing. But I learned from my father that this does not mean the person is alive; it is a natural part of the passage from this life.

"So now you see why we didn’t want you to go to the mango grove.

“Go, wash up and change your clothes. I will explain to your mother.” 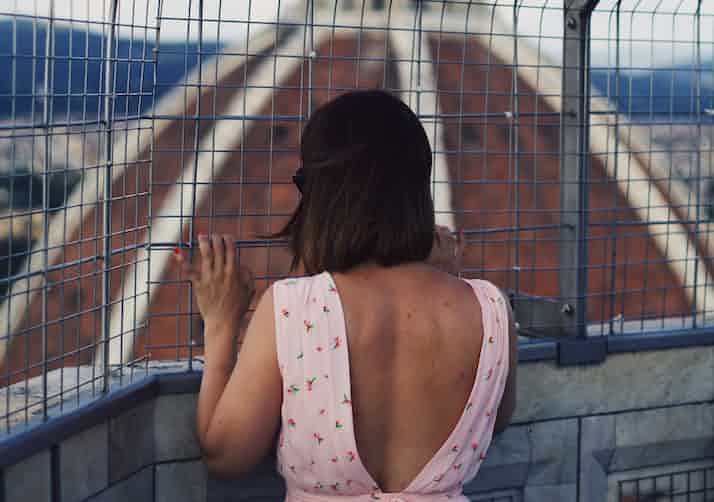 Oh, These Wires We Place by Joanie Roberts 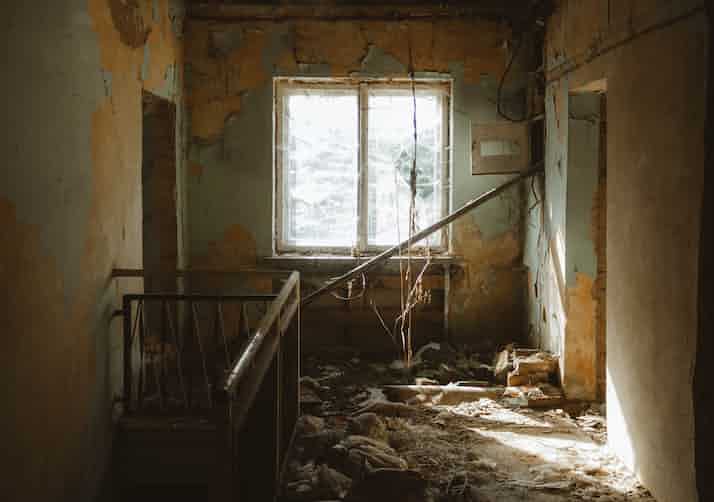 The abandoned house down Deer Nest Lane by Liza Wolff-Francis

Tom Gorsuch is a Eureka Springs playwright, essayist, and children’s story author. In the Spring of 2017, his full length play, Dance of Deceit, was performed in Eureka Springs as part of the May Festival of the Arts. Two of his ten-minute plays, Fluffy and Flags of Honor, were performed as part of the Five & Dime Drama Collective Fall Performance Series in 2016. He is a former board member and script reader for Red Eye Collaboration, a Minneapolis avant-garde theater, and he is a founding member of the Five and Dime Drama Collective.