Grumbling under his breath, the heavily muscled man in the tailored dark suit with red silk tie begins his long walk across the hot cement as it bakes in the noonday sun. “Wouldn’t you know,” he fumes. “Wouldn’t you know, he wants to see me immediately, AGAIN! For what? Every day its the same thing.” Paul, I need you. Paul, you need to get over here now. Paul, I have to talk to you. “I’m getting sick and tired of these constant demands!”

As he stops to take a breath, Paul runs his right hand through his long slicked back dark hair and with his left hand in his pants pocket, leans over and spits into the dark green bushes that surround the building in front of him. Straightening his back, he takes his left hand and reaches for his white linen handkerchief neatly folded and tucked into his right suit pocket. He rubs it across his damp forehead and then his lips, and sighs deeply. “Guess I better get this over with,” he growls, “so I can get back to work.”

The building in front of him thrusts its black marble facade skyward in one forceful surge of power and influence, its apex disappearing into the ever present dark clouds that gather in a symbolic statement of depravity and money. Paul hesitates before placing his left foot, expensively shod in shiny Italian black leather, on the first step. Slowly he begins the long journey upward.

Fifteen minutes later and barely breaking a sweat, he stands at the massive gold trimmed revolving door and leans against one of the marmoreal pillars that frame the entrance. After he catches his breath, he takes a moment to glance at his reflection in the shiny glass surface, impressed with the muscular physique afforded him from long hours of sweat-inducing workouts at the office gym. So important to project the right image, he thinks. To which, he stretches his mouth into a ghastly thin lipped grin, mocked by the stiff muscles in his face and neck.

Straightening his tie, he marches up to the door and rotates himself inside where he introduces himself to the concierge, a tall black-skinned man with a sour expression permanently plastered to his acne-scarred face. Paul scowls as the attendant asks him to repeat his name, while silently cursing him under his breath. I bloody well see you every fucking day of my life! What an idiot.

“It’s Paul. Paul Bryan. Remember? We’ve been through this before.”

“Company policy,” the negro replies, his eyes glued to a clipboard on the table before him. “You can go up now.”

An exasperated look on his face, Paul walks deliberately over to the bank of elevators and pushes the express button for the penthouse suite on the 69th floor. As the doors whisper open he hurries inside, eager to finish this distasteful meeting with his distasteful new boss. As he rockets to the top of the marble obelisk, he closes his eyes and breathes deeply. Keep your cool, old boy, he reminds himself.

A scant 2 minutes later, the elevator doors part quietly and Paul exits the mahogany lined interior relishing the feel of the lush thick carpet underneath his feet. The entire suite is opulently furnished in black and gold, French Provincial style, and the walls are dotted with original paintings by Renoir, Cezanne, and van Gogh. Large Waterford crystal vases are filled with colorful fresh flowers and centered on antique wooden tables scattered throughout the spacious room. Paul strolls across the floor to admire the spectacular view from the gilt embossed floor-to-ceiling windows on two walls of the suite.

“Ah Hmm!” the loud voice behind Paul startles him. “Glad to see you’re enjoying my view,” Foswald Tramp bellows. Standing 6’3” tall with thinning hair and enormous girth, his lower pouty lip pasting a permanent frown onto his round red face, Mr. Tramp makes an impressive appearance even in a large space such as this. Paul immediately stiffens his spine as he anticipates a dressing down by his superior.

“Hey Paul. Relax. Have a drink. Let’s enjoy ourselves, shall we?” Tramp walks over to the mini bar and pours them both a shot of Bourbon – in Waterford crystal of course.

Paul sits across from his boss, very uncomfortable in the gold chair, his legs crossed and swirling the bronze colored liquid in his glass. Cut the crap – can we just get down to business, he thinks silently.

“So, Mr. Bryan. I bet you’re wondering why I asked you here, no?” Foswald asks.

Paul simply tilts his glass forward, raises it in the direction of Foswald and downs the liquid in one fluid gulp. “Yup! You could say that,” he finishes.

“Well Paul, to get to the point, I’ve formulated a set of proclamations I want you to deliver to our people. And if you handle this well, ah, shall we say, there’s something big in it for you. Whaddya think of that, my friend?”

Feeling the heat of the liquor as it spreads pleasantly throughout his torso, Paul leans back in his chair and looks at Tramp quizzically. “So what exactly do you mean, there’s something big in this for me?” he demands.

“Oh we’ll get to that later,” Tramp responds waving his left hand dismissively while scooping up a folder in his right hand from the table in front of them. Standing up to finish his drink, he declares, “Take this to the people first and then we’ll discuss your, ah, recompense in short order.” As Paul reaches his hand out to take the material, Tramp grabs his arm and jerks him close, looking him straight in the eye. “We’ll do great things together, Paul – you and I. I have more money than the devil and don’t forget I won this job fair and square by a vast majority of votes and the people, they love me, really they adore me. No one has done more for this company, really. Just don’t cross me or I’ll chew you up and spit you out. Understand?” Paul nods his head mutely. “Meet me out front in two hours.” Foswald hands him the folder and leaves the room.

Paul stares at the sheaf of paper in his hands not knowing what to think. What a jerk! Who does he think he’s talking to? But then again best not to ask too many questions. Not yet, anyway.

At the appointed time, several thousand white males dressed in identical black suits and looking like so many pelicans stacked front to back in an unending sea of black and white, gather in the plaza before the marble phallus. All eyes focus on the figure of Paul Bryan standing on the steps above them. “Fellow disciples,” Paul cries out. “Hear me out. Quiet everybody! Eyes on the sky.” After some foot shuffling and murmuring, everyone is silent.

Holding a piece of paper in front of him, Paul clears his throat and continues: “Our newly elected leader has asked us to gather here in his name. Hear his words!” The crowd cheers and stomps their feet, calling out in unison: “Heil, Mr. T! Heil, Mr. T! We love you, Mr. T!”

Once things are quiet again, Paul takes a moment to peek upward and notices the large bulk of Tramp’s frame just outside the revolving doors at the top of the stairs. Raising his hand in a casual salute, he turns back around and begins to read:

“We are gathered here today to celebrate the mandate given us by the Shadow Party, the major donor in behalf of Mr. Tramp. Our mission? To make the world dark again! This is what we have been waiting for – to finally put right all that has been wrong, to reclaim the darkness that is truly ours!”

“War and hate, racism and sexism, lies and hypocrisies – these will be our tools for complete and utter domination.”

“I think we all understand that greed is the major force behind all success. Mark my words, avarice and gluttony will fuel our enterprise.”

“Go forth and steal from the poor and the hungry, the ill of health, for they do not deserve prosperity.”

(Here, Paul cannot help himself as he grins broadly. Now, this is more like it, he thinks. Perhaps I misjudged ole Foswald after all.)

“We shall promote the superiority of men over women and force women into submission.”

“We shall not stop until the skies darken and the underworld rises, until we control everything. I promise you, it will be fun! Really, no one has had more fun.”

“And finally, we will destroy, intimidate, and bully anyone who gets in our way.”

As the crowd erupts into raucous applause and cheers of pure delight, tossing their coats and ties into the air, Paul takes a moment to digest his boss’s words. So, license to go after whatever we want, any way we want. Just kiss the fat guy’s ass? That’s it? That’s all we have to do? Sweet!

A booming male voice speaks from the black clouds surrounding the peak of the dark stone skyscraper: “Behold. This is my beloved son in whom I am well pleased. From this day forth he shall be known as Lucifer and shall possess all the powers implicit in this name.”

Filled with pride, Paul turns to see Foswald Tramp heading back inside the building, tufts of orange fur peeking out between two well oiled, ebony curved horns atop his skull while his long forked tail, shiny scaly and black, snakes out behind him. The smell of sulphur is strong in the air. 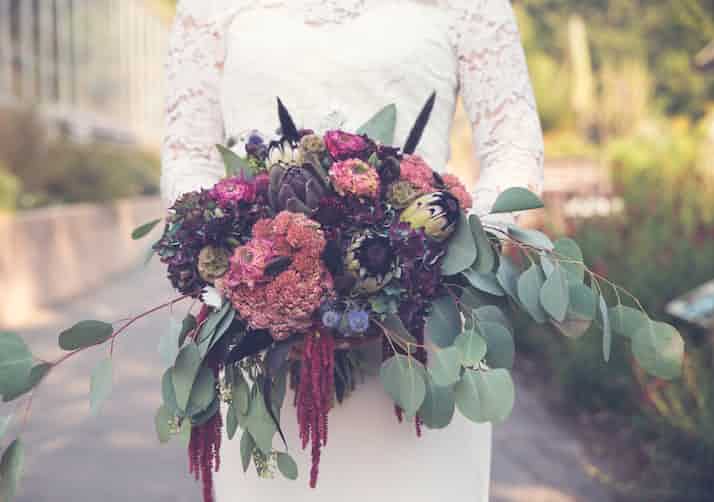 A Hundred Miles To Nowhere: An Unlikely Love Story by Elisa Korenne

Kathy Call Martone is a Jungian psychologist, currently retired and living in Eureka Springs, a small Victorian town in the Ozark mountains. Martone is also a writer and artist. Mysticism is a favorite topic of hers and she loves to weave images, fantasy and the metaphysical into her art and writing. Still Not Dead Yet was published in Not Dead Yet 2: Words to Live By (Cahaba Press, November 2020). Available at Amazon and better bookstores everywhere.