The fiery accents of orange-gold in the western sky had gingerly muted into a soft peach. Rich hues of champagne and pastel pink blended with the steely greys in the horizon. A flurry of various birds and their dark silhouettes dotted the myriad tints as they returned to their roosts. They cackled joyously as they flew overhead. The chorus and the orchestra of the birds gradually drifted into the distance until I could only hear an echo or a settling-in faint cluck from a faraway tree. Everything had gone quiet and still outside.

I felt anything but elated with these songs and sights of creation which would otherwise have stirred a sense of exhilaration in me and have me hurriedly rummage about for my camera. Those were the extremely wretched of days when I had just about struggled to get my bearings together after an unfortunate and untimely demise of an infant in the family, a few days prior. The disbelief and emotional upheaval was taxing, to say the least.

Snapping out of my reverie, I realized that the sun had long since set. It was a cloudless night and the sky was an enveloping petal of spring Iris, all aglow with a serene silvery sheen.

A faint voice relentlessly cooed and called out from somewhere inside the house. Being conditioned to all the chatter of the mynahs and the clucking of pigeons which roost in some hidden alcoves of the tall apartment building that I stay in, it was also a common sight of them fluttering across the common corridors outside, which went unperceived sometimes.

Quite engrossed with my last minute dinner preparations after a long, busy day at work and running errands, I regretted to have failed to notice this melody sooner. When the cobwebs finally cleared from my befuddled head, I rushed on tiptoe, ever so quietly to find the source of this tune. Standing her ground firmly and boldly in a shaft of moonlight, in one of the rooms was the tiniest of birds, as yellow as butter. A first-time visitor, who had separated herself from her flock and had stopped by to actually trill a birdsong. Long after sundown.

‘Birdie’ noticed me but was not startled. Confidently, and in a higher pitch, with every ounce of energy, she gave an overjoyed tweet upon seeing me. I whistled to her in varied tunes and Birdie responded likewise. This musical opera continued for a while and I lost track of time.

Having sung and done that, Birdie decided it was about time to leave.
She made her way out and disappeared without a trace. Never to return.

The pearly luminescence outside captured only a silhouette in flight of my sublime emissary. Rare birds they say are fairies in disguise, who come to comfort you, reassure you! The mystical message in her beatific lyrical was for me to decode.

I believe in the Mystique and the Magic.
Magic comes to me, it sends me signs from the unseen world, the mystical realms.
I know all is well up there and the Heavens are kindly taking care of you.

It was eight at night. She was yellow-bellied with shimmers of green as I looked closely, the only light emitting from the living-room I was watching her from. No bigger than my thumb, one could easily mistake her for a toy, but for her incessant chirruping. She sat dangerously close to the edge of the window sill and was seemingly in dire need of help. I stretched out my hand as much as I possibly could, leaning against the window frame. But she was just out of reach.

A nestling on the window sill! Or was it a magically minute bird that had come to life out of a fairy-tale?

With a frame so tiny and wings so frail, it was next to impossible for her to fly all the way up to the top floors of this high-rise or for her to fall out of any nest, considering that there weren’t any trees or even branches overhanging anywhere close outside this window.

Habitually, as I give my own names to any stray animals or birds that I come across, this little bird for all intents and purposes was aptly dubbed - Thumbelina. I kept her engaged with my own animated banter.

Are you hurt, injured, sick or lost little birdie?

But Thumbelina just cocked her head and looked at me with twinkling eyes. She never seemed livelier or more than happy to just warble away to me. After a while, she roosted snugly on the sill.

Sending up a quick prayer to Archangel Michael to protect her from toppling over in her sleep, another one to Archangel Raphael to heal her if she was in distress, I finally hit the sack.

These two angels had never failed me whenever I had called out to them and I was rest assured that Thumbelina would be in Divine hands.

The next day, the break of dawn brought with it a bustling multitude of chirps, twitters, cheeps and the laughter of my feathered friends. I rushed to check on Thumbelina, but she was gone! My heart did a somersault at her absence, thinking of the worst tragedy that might have befallen her. Although that bleak thought niggled at the back of my mind, my faith in the angels was steadfast.

As the day progressed and when the sun was strong enough, I slid open my bedroom window to let the natural light in… and there she was!

She had flown a full circle from a window at the other side of my apartment to be right outside my window!

She squawked a quick ‘Hello’. Thumbelina was more exquisite in the bright sunlight. Her dazzling feathers were an iridescent green.

Perched on the ledge, she fanned open her tiny wings and flapped them to show me that she wasn’t injured. She hovered a bit off the ledge of my window sill to show me that she was strong enough. With a swish of her tail feathers, she flew the entire perimeter of the building effortlessly and turned the corner. I craned my neck outside, until I could catch sight of her no longer.

Gleaning back into the events of a few days preceding this, I realised that I had been constantly dwelling on the past thinking about Mamama, my maternal grandmother. Although three decades had gone by since her mistimed passing, the memories of a companion with whom I had a deep bonding and attachment right from my childhood, up until my early teen years had never truly faded away.  From her, I had had a complete absence of judgement, share with her what I may. The advice that I got from her was always right, full of wisdom and logic.

While in meditation and also during my last state of wakefulness every night, I always and to this day, have invoked her for guidance through dreams or an intuition.

Thumbelina had come precisely at this time as a harbinger--- to see me, meet me and to symbolically show me that:
No matter whosoever is bigger and stronger around me, I’m not cowed.
Nor is my spirit injured. It is always whole and restored.
God and his angels always have my back, no matter how tiny, frail and lost I feel.

The essence was delivered, which I could interpret.

This reinforced my belief that our beloved, departed are among us in various forms and spirits. Birds, moreover are said to be oracles from heaven.  The more eye-catching they looked, I would always be comforted with the thought that they were from a Godly realm.

And Thumbelina was just that---Rare and Exotic.

To all other eyes, she was just a nestling … lost at night.

Lockdowns had given me long stretches of time to reflect and introspect. Preferably, I would like to call it my Retreat. Lockdowns sound more like serving a term, so a big no-no to this word.

With huge encouragement, repeatedly in the past from my mother, and also from a dear friend to whom I always turned to for advice had given me great moral boost, to hone my craft of writing. It was about and the right time to give it a try. The opportune moment brought with it a synchronistic, fortuitous guidance and a nudge in the right direction from my Professor in English.

Making the most of this downtime, I flipped through my archived journals to whip into shape some closely guarded, drafted reminiscences to present a chronological storyline.

I had decided on my debut to be a grand tribute to Mamama in my Memoir which I had decided to call ‘Paper Boats.’

A symbolic affirmation was all that I needed when Thumbelina had first made a cameo appearance in my life, some days back in April 2020.  I always upheld the belief that I have spiritual guides in all forms and most importantly, birds topped my list. They do, and had shown up at crucial moments and decision-making times.

These were signs from the Universe, little intuitive and affirmative green lights to go ahead. To take that chance and to submit my piece, showcasing my humble tribute.

Apprehensively, as a raw newbie writer, I was open to the realistic possibility of outright rejection with a lot of critique. Nevertheless, strong will ruled the day, to take the plunge. Reintroducing myself to Microsoft Word, with which I was out of touch for ages now, I typed away fervently from my diary. In effect, it was an immense unburdening and a cathartic release of emotions all over again.

April 9th, 2020 went down in my calendar, a date marked for life. For two reasons.

The unbelievable had happened! Nothing short of a miracle when my debut memoir ‘Paper Boats’ got a wider audience through its publication.

Something so nostalgic, so sacred, so close to my heart had got validated. It was like the Universe was saying to me with a huge benevolent smile    --- “You asked, you believed, you received.”

I hadn’t in my wildest dreams imagined Thumbelina to make a reappearance. But to my amazement, she did. On this very blessed night that my Memoir received acceptance.

Epiphany! Blink and I would have missed her. If she hadn’t made a great deal of grabbing my attention.

She flapped away furiously with her frail wings with all her might against the thickness of the drapery of my bedroom window. My heart had missed a beat, wary of the strange sounds outside, thinking it could only be a dreaded bat.

But it was Thumbelina. With an iron-will she inched her way in through the window bars into the room. Gliding gracefully in slow swirling arcs above me, her melodic voice trickled with high-pitched piping and congratulatory tweets.

Without asking for much, except to see me, the air resonated mellifluously behind her as she made her way out swiftly after her mission was accomplished.

Well, it could only be a loved one, come down to bless me … in person!

And it has been so ever since.
Birds and I have a camaraderie!
Thank you for the melody, that’s precisely why my heart sings with a better chord today and is a steady, rhythmic drum to your chime and hymn. 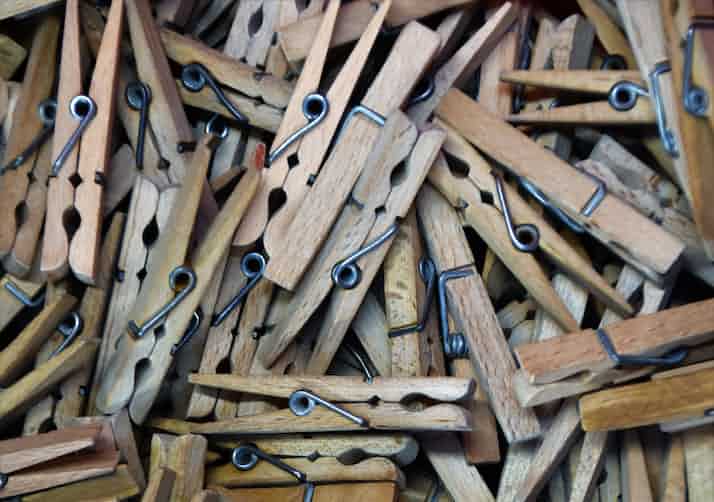 Pledge of Allegiance by Lauren Ferebee

The Observer by Zhenya Yevtushenko

Sangeetha Amarnath Kamath is a B.Com graduate from St. Agnes College, Mangalore in India. She currently resides in Singapore with her family. She is passionate about reading and writing fiction as well as non-fiction. Although she dabbles in fables once in a while, her forte is writing memoirs. She has also published her work with Borderless Journal, Twist&Twain and Wordweavers. She was also the Third Prize winner in a Short story contest 2020 held by Wordweavers.