The year mom learned macrame my brother kicked a hole in the bathroom door where he’d chased me and I locked myself in, crying in frustration about so much more than just his mocking laugh. Before the hole, mom hired babysitters, but she was newly-single trying to pay bills alone and I was a responsible ten-year-old after all, so if the neighbors were home and knew we were alone it would be fine. This is what she told herself the year mom learned macrame.

But truth was, one of the babysitters stole her wheat penny collection, and then some teenagers who were probably friends of the babysitter stole our lawn chairs off the tiny, useless deck. And when my friend Jill and I found those teenagers smoking and sitting in our avocado green chairs like they owned them they chased us out of the woods and mom didn’t do anything even though I told her exactly where they were.

“Look at this vest I made honey! Want to try it on?”

And truth was for most of the summer I thought it was cool to live in an apartment because there was a pool, but then that one guy held me under water and I thought “Mom is going to be so mad” and then the guy who I guess didn’t like kids chased us back to Jill’s apartment. We changed into dry clothes and talked about the boy named Mark who we called “Hotsy Totsy” and walked to the drug store where Jill stole some bubblegum-flavored lipgloss while I tried to pretend I didn’t know her.

“I finished my first choker tonight. Do you like it?”

And truth was Jill’s older sister taught us what an orgasm was and demonstrated the usefulness of doorknobs and bedposts and I learned how to put party balloons under my JC Penny henley shirts to role-play in preparation for the years to come when I would desperately seek the attention of boys, even though I never filled out my henleys like those balloons did.

“Do you want to learn? Or maybe we could make candles in the kitchen sink?”

But truth was the year of macramé and lip gloss and party balloons ended soon after Jill and I were chased indoors by a man flashing a handgun through the window of his truck parked near our apartment because I guess he didn’t appreciate our curiosity. The house mom bought in the tree-covered neighborhood had a much better deck, but did not lend itself to macramé. 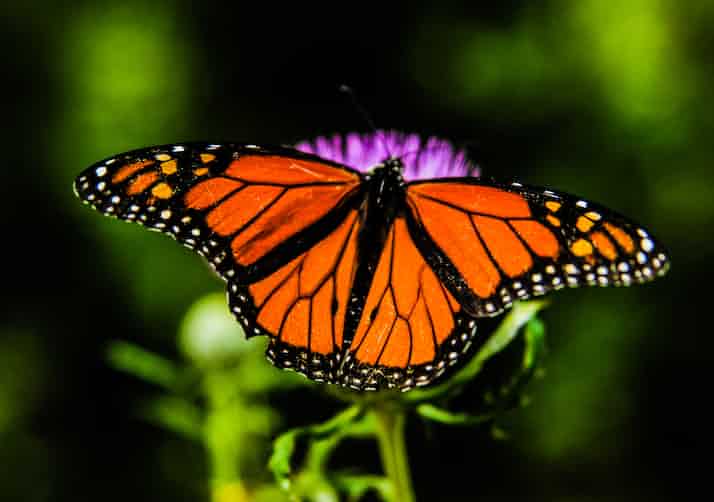 A Million Sunrises by Joan Roberts

Virgil on the Pier by Kenneth Weene

Laurie Marshall is a freelance writer and artist living in northwest Arkansas. Her words and art have appeared in Janus Literary, Retreat West, ParagraphPlanet.com, JMWW, Two Sisters Writing & Publishing and Beyond Words. Currently a reader for Fractured Literary. She goes to movies for the popcorn, spends too much time on Twitter @LaurieMMarshall, and posts irregular updates at SeeLaurieWrite.com.