At a writers conference in New York City, I took a break from an all-night writing marathon. An Oklahoma woman out of my element, I sat in a diner at two o’clock in the morning, drinking coffee. The Friday night crowd trailed in after a frenzied night of fun. Some patrons were decked out in nightclub garb. In contrast, I looked like a French café slouch in clothes comfortable enough to be classified as pajamas and hair resembling a cat toy. I was not bothered by my appearance, though. In New York City, nothing is peculiar.

One might wonder why a sixty-something-year-old woman from Tulsa, Oklahoma, graced this setting. I was a writer, and serious writers, at one time or another, make a pilgrimage of sorts to New York City. A quest for coffee created a bonus adventure for this tourist who stumbled upon a flavor of the city’s night life. Writers are thieves, and I decided to observe the action for the purpose of stealing ideas for a future composition. Prospects were abundant.

Exposed young girls, with vocabularies embellished with the words like and whatever, and blustery, cocky young men, with shaved heads or dreads and baggy pants slung low enough to reveal underwear, coexisted splendidly after a Friday night of partying. The women paraded by—wobbling in four-inch heels—as young men in the next booth delivered a testosterone-fueled pick-up line, “Oh, my god! You are so beautiful. Oh, my god!” They didn’t say this to me, of course. I was still trying to lose baby fat from my firstborn child forty-eight years ago.

These comments were directed at rumpled, smudged-up, glassy-eyed unfortunates in hemlines so short it appeared they had put on blouses and forgotten their skirts. One girl’s dress was hiked up so high that the crotch of her thong was visible in front, and her bare ass in back. Although this visual was an assault on my mind (I thought, Gawd), the guys were so taken by thong girl that they pounded the table. Unable to contain themselves, they rose from their seats as if their butts were filled with helium. Following her, they omitted the “You are so beautiful,” and said, “Oh, my god! Oh, my god! Oh, my god!”

A few gang-like fellows were so rambunctious I expected someone would throw them out, but no one paid attention. So after contemplating whether a bullet could penetrate the wall of my booth, I abandoned the concerned tourist role and settled in for a session of discreet observation, while making a mental note: The next time I come to New York City, I will explore the prospect of a more sophisticated hotel, one that leaves chocolates on my pillow and whose guests drink Grand Marnier at two in the morning.

I hung around longer than intended because my waiter, the swiper, periodically passed by at the speed of light, swooping up my half-filled coffee cup for refills. Since I’d dosed it with the required daily supplement of fiber, I had to drink each successive cup to ensure I got my thirty grams. Once accomplished, I left with a severe caffeine buzz, but not before overhearing a confounding conversation in the next booth.

A dazed young woman wore Christmas lights as a necklace, and her head occasionally dangled perilously close to her catsup-covered french fries. She lamented to her male companions that her boyfriend would be furious with her for getting so-o-o wasted. One of the noble fellows comforted her, “It’ll be all right. He’ll get over it.” To prove his point, he said, “I threw up on my girlfriend once, and she’s still my girlfriend.” 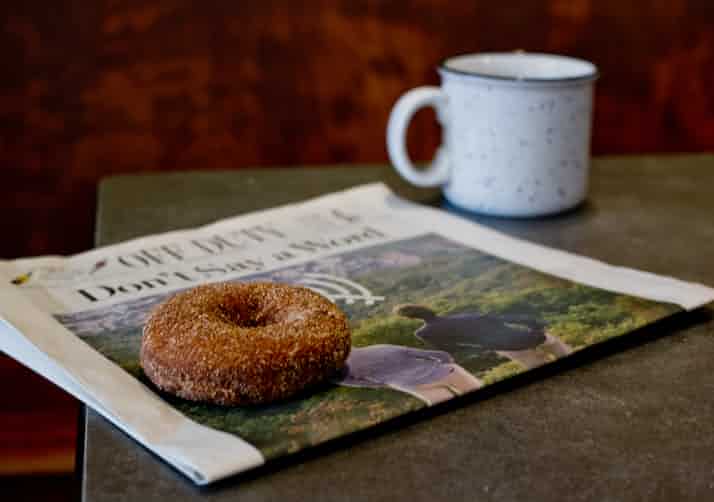 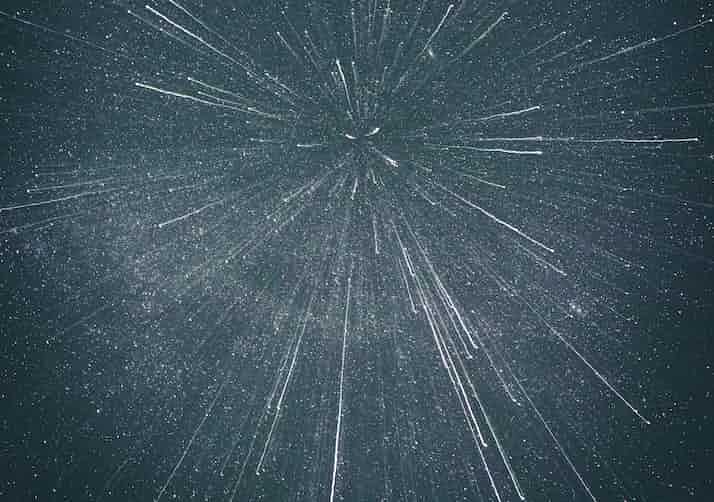 A Sagittarian Looks Toward the Sky by Bill McCloud