My mother’s death came as no surprise during the bleak early morning hours of January 5th, 2005. Having reached eighty-five years and tiring of her persistent struggle with congestive heart failure, malignant hypertension and depression, she slipped quietly away with only me and her sister by her side. What did come as a surprise was the Purple Heart I found nestled peacefully in her cedar chest when I was going through her things the following week. Mama had taken a mystery to her grave that would take me months to unravel.

Her death left me the only remaining family member of my childhood home. As the “orphan”, cleaning out my mother’s house fell squarely in my reluctant lap. I’d had my fill of  cleaning out houses when my brother died. A reclusive OCD hoarder who had never married, his house was full, literally, and I’d had to deal with that. It took a year and a half. This wouldn’t be nearly as time-consuming, but I still didn’t relish the idea.

Rifling through family heirlooms had been a favorite childhood pastime when I was stuck indoors on rainy days, back in the day. You know, back when children had to actually entertain themselves in the absence of cell phones, cable TV and computers. I was sure I’d seen and heard every last little detail of the mementos that composed our family history. I had left no chest closed, no drawer unopened, and I remembered the stories as if it were yesterday.

The cedar chest had always been the best place to pillage. I would start there. My eyes clouded as they fell on old familiar things... studio photographs of me and my brother, our graduation pictures, Daddy’s Firestone service pins, a fraternity lavalier from an old boyfriend, my grandmother’s crochet work and one of her quilts, Mama’s silk scarf... stuff like you’d find in most anyone’s cherished possessions. But on closer inspection, a small blue box broke the familiarity. What was in it, and how could it have escaped my eagle eye so many years ago?

I opened it quickly, expecting the contents to jar my memory. I got a jolt alright. Resting inside was a small gold medal adorned with purple and white ribbon, an image of George Washington in the middle, three stars, two stripes, and a leafy branch bearing three leaves on either side. Though I’d never actually seen one, I knew I was holding an honest to God Purple Heart, the gold cast of the metal amazingly untarnished by the ravages time and distance.

An adrenaline rush swept over me. Daddy was a WWII veteran. Was it his? Why had no one mentioned this? I quickly flipped it over and discovered it didn’t belong to Daddy at all. Inscribed on the back was a name I’d never heard... Homer J. Blair. Who the hell was Homer J. Blair? I had no idea, but one thing was clear. I had to find out. This was a priceless artifact and it wasn’t mine to keep or ignore. I was now on a mission; find the rightful owner and return that Purple Heart.

Picking up the phone, I called my mother’s sister, Irma. Like me, she had never heard of Homer J. Blair, but said she would make some calls. I reached out to a few cousins on Daddy’s side of the family to no avail. Thank God for the Internet. The best course of action seemed to be looking up all the Homer Blairs across the country on whitepages.com and giving them a call. Needless to say, I knew Homer J. Blair was probably dead, but perhaps his widow wasn’t. There could have also been a son. Who knew? I was determined to find out.

There were nineteen of them listed. I repeated my story over and over and over with no luck. I was nearing the bottom of the list and losing hope when I reached Barbara Blair, a widow living in Williamsburg, Virginia. She said I should call her mother-in-law, Mary Jane Blair in Memphis. I did so immediately.

When I told Mary Jane who I was and what I had in my possession, she called out to her husband, “Oh, my God, Herschel... some lady in Arkansas has Homer’s Purple Heart!” I could hear him shout back, “What’s it doing in Arkansas?” Good question. Then they both started to cry.

I explained to Mary Jane that I lived in Eureka Springs, AR, but that I’d found the Purple Heart among my mother’s things when she died recently, in Memphis. I also shared the path that had led me to her. Then she told me all about her brother-in-law, Staff Sergeant Homer J. Blair. Homer had been killed by enemy fire on November 14, 1944 while ushering his men to the safety of a fox hole on a battlefield in France during the latter days of  WWII. He was the only one who didn’t make it. His younger brother, Herschel, her husband, had been searching for the Purple Heart for years.

It had originally been presented to Homer’s widow, Daisy, who later remarried and subsequently passed away without making provisions to pass the Purple Heart on to its rightful heir, Herschel. Mary Jane and Herschel had contacted Daisy’s husband to see if he knew anything about it. He thought it might be in the attic, but he was old, sick, and unable to negotiate the attic stairs to look for it. When he died, they had given up all hope of ever seeing it.

Herschel and Mary Jane’s only child, Homer, named after his war hero uncle, had recently lost his fight with cancer, leaving behind his widow Barbara with whom I had first spoken. Had Homer not been named for his uncle, I wouldn’t have found Barbara, and the Purple Heart would have never found its way home. Home was only a few short miles from my mother’s house, where it had been waiting patiently for God knows how many years. I packaged it carefully, almost reverently, and sent it registered mail to an address on Clarendon Road in Memphis. The Purple Heart was finally going home.

But that’s not the end of this story. I couldn’t let it stop there. Even though I’d done what I set out to do, there was still that baffling question... what was a Purple Heart belonging to a stranger doing in my mother’s cedar chest? I wouldn’t let it rest. I started by questioning Mary Jane again, this time in depth. I didn’t know where else to go. Had she ever heard of either of my parents? She hadn’t. She asked Herschel if he knew them. He didn’t.

Since Homer and my father both fought in WWII, I assumed Daddy had been the one to bring the Purple Heart into our home. Perhaps they had been Army buddies, but that seemed unlikely since Daddy fought in Germany while Homer was fighting in France. Where had Homer lived in Memphis? Wellington Street. My parents lived on McMillan six blocks away. Neighborhood friends! Perhaps, but unlikely, and it still didn’t explain how Daddy wound up with a medal that had been given to Daisy Blair when Homer was killed. It also didn’t explain why Daddy would’ve kept it. He wasn’t the type to keep something that belonged to someone else, even if that someone were dead. I knew I was barking up the wrong tree.

Mary Jane and I spent a lot of time on the phone over the next month trying to put the pieces together, basically just going in circles. One day when we were going over time frames, she read something from an official letter that had been sent at the time of Homer’s death. It referred to his widow as Daisy B. Blair. A bell went off. Daisy B! That was it... the missing piece!

Several years after Daddy died in 1971, my mother started keeping company with a very old friend who was on his last legs, a widower named Sonny Beasley. They had known each other since my parents first moved to Memphis in the late ‘30s. He spoke incessantly of his dead wife, Daisy B, always using the B in her name when he referred to her. She'd been a war widow when he married her. From all the things he told my mother, I was pretty sure the B stood for Bitch, so it stuck with me. They lived on Wellington.

Everything fell into place. I had never seen the medal when I was a kid because it wasn’t there. Daddy was long dead before it ever came into our possession. I can only guess that Mama found it when she was cleaning out Sonny’s house after he died. The mystery could now be put to bed.

When I called Mama’s sister, Irma, to give her the good news, she was finally able to make sense of something Mama had mumbled shortly before she slipped into the coma that preceded her death; something Irma had passed off as just the ramblings of one who has gone beyond the boundaries of rational thought associated with the living; something about how she should have done something with that Purple Heart.

All The Stuff by Bill McCloud 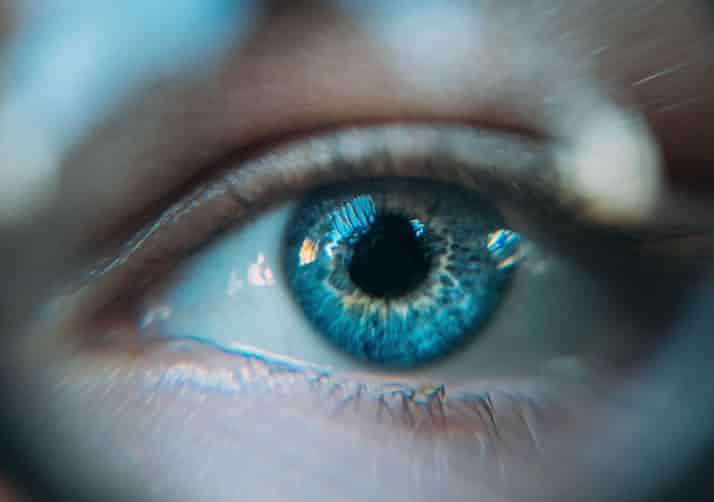 Another Day by Sallie Crotty

Sandra is retired and living in Westbrook, ME. A published playwright, she has also penned a novel and a plethora of essays and poems. In Eureka Springs, she wrote newsletters and PSAs for the Good Shepherd Humane Society (GSHS), as well as articles for local newspapers. Staged readings of her play, Southern Discomfort, were performed in 2011 to benefit WCDH and the GSHS. When not fighting cancer, Sandra is at work on her memoirs, Confessions of a Cookie Whore.