Whether ordained by Divine Providence or Chamber of Commerce edict, Florida December afternoons rank glorious. The sun shines nonstop, while windows and doors are flung open to capture idyllic temperatures and soft breezes.

On such an afternoon, I began my plan to decorate the Christmas tree. A decorator magazine lured me into a new method of stringing lights. Starting at the lowest branches, I took the lights from the trunk to the outer tip then back to the trunk, all the while securing them with Baggie wires. To put it mildly, a tedious process, but with Christmas carols playing in the background and the aroma of a fresh cut tree before me, I could do it! And I did do it for hours. Finally, muscles, bones, and mood all turned cranky. I needed a break.

The tree resided in customary position framed by two sliding glass doors leading to the patio deck, which looked out over several yards of native dunes with the ocean just beyond. I determined I needed a cup of tea and an outdoor view of my spectacular creation. I walked through the open door, turned to view my masterpiece, and shrieked in horror. Immediately next to the tree was a window.  I brushed by it several times, trying to reach the backside of the tree. On the inside window ledge lay coiled the most gigantic diamondback rattler in history.

Perhaps because I survived raising four sons with only minimal need for therapy, most friends describe me as remarkably calm. None have seen me in the presence of a diamondback. I howled. I hollered. I bellowed. My husband, engrossed in Sunday NFL, reluctantly responded with remote still attached to right hand.

Not intimidated by my screeching, the snake slithered to the stone fireplace hearth where he now lay coiled, occasionally raising his scary head to stick out his tongue at me.

Years previous, we agreed that never would we have any guns in our home.  That was the pre-viper principle. I wanted a gun.

The fact that we stood in a room with tile floors and a two-story stone fireplace where my serpent had taken up residence should have informed me that a bullet from a weapon shot in that area would have ricocheted for an unknown amount of minutes, probably killing the snake and everyone present.  That was logic. Panic defies and ignores logic.

Husband continued in a controlled voice to offer what I interpreted as insane comments, "Joan, we don't really want a gun."

I remembered the Animal Control Service. I raced to the phone, looked up the number and dialed.  The other side picked up, and I began babbling semi-coherently regarding the monster in my living room. After a few seconds, I realized the other party was speaking simultaneously. I forced myself to slow down and listen. I heard ". . . resume normal business hours 9 am Monday."

Nine am Monday! I would be dead, eaten alive by the beast before me, or expired with a coronary. I returned to my mantra. "We need a gun! Who do we know who might have a gun?"

The crazy person at my side didn't seem to get it.  He remained stuck on the slow, quiet refrain, "No, Joan, we don't really want a gun."

What part of impending doom did he not understand? Who did I know who might have a gun? A question I probably never asked before. People from Georgia! A psychologist friend from Georgia, she would have a gun! Back to the phone. I dialed the number, blessedly, Judy answered. "Judy, I'm in a hurry.  I can't talk long, but do you have a gun?"

Judy's response disappointed me. "No! Why?"

This was becoming critical. How long would that beast be content to terrify me from his current visible position on the hearth? If he ambled off to a closet and couldn't be located, we would need to move. No!

Nutty life partner remained of no help. I have never advocated violence, but I knew if one more time he repeated ". . . don't need a gun" nonsense, I would take him by the shoulders and shake until his head rolled off. The man continued considering options in his methodical lawyerly manner. I continued falling into millions of shattered pieces.  He refused to reason.

Police! They would have an idea. Back to the phone I raced. A human responded, and I managed to speak with a modicum of reason regarding the beast threatening my existence. They would send someone out. We needn't put the house on the market.

I instructed Mr. Calm to keep an eye on the serpent and not allow him to move. It would be his problem about how to accomplish the assignment. I sped to the driveway to wave down the first police vehicle.  What if he reached the neighborhood and then became lost? Excruciatingly long minutes passed.  A motorcycle policeman came into view. I jumped up and down, waving arms frantically in the air. Despite any trepidations regarding the manic woman in the driveway, he stopped.

We began walking toward the house, and I said something like, "I bet you hated to get this call."

He stopped, turned to me, and looked at me over the top of his sunglasses. "Lady, I'm from New York. I don't do snakes."

Within a few more minutes, the driveway held an additional motorcycle and two patrol cars, one of which transported the patrolman known as The Hunter. He knew precisely how to approach the situation. He confidently strode into the room. I was thinking caped super-hero. Then he methodically moved furniture out of the way. He saw that we were safely back, and with one skillful blow of the rake, my varmint – gone!

I have a photo of The Hunter holding the dead rattler aloft, measuring six feet in length and probably four inches in diameter. I have since learned that they are the deadliest of all Florida snakes. My super-hero then, almost timidly asked if we wanted to keep the remains of the snake. Spouse and I looked at each other, baffled. Was he toying with us? The Hunter informed us that his brother was a taxidermist and would love such a grand specimen. In unison, we assured him that the fiend was his.

I assumed the snake entered the house with the Christmas tree. The policemen reported they receive calls from beach dwellers every so often due to rattlers who manage to come in from the dunes.

Every family acquires memorable Christmas stories that are told and retold as part of the season's tradition. My Christmas tree story does not dim with time. 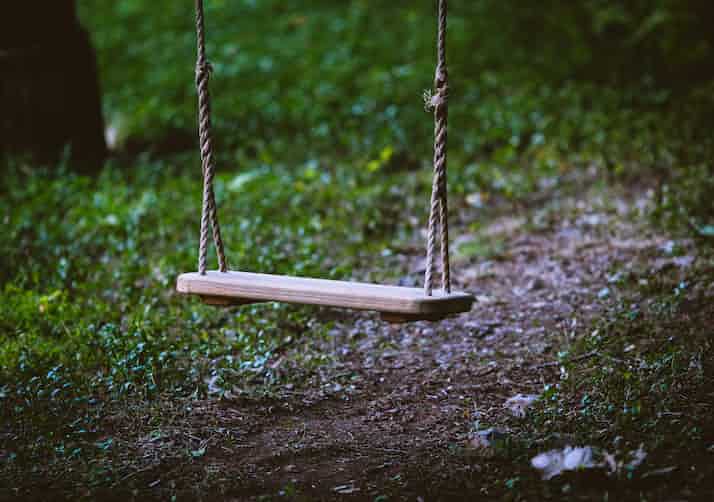 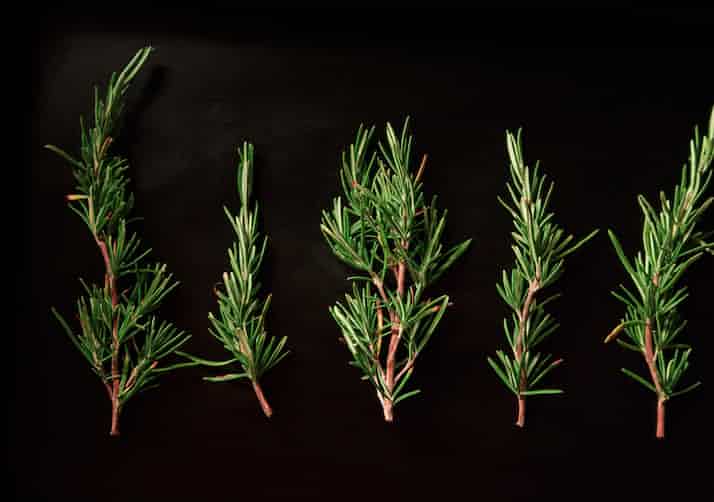 The Herb Rosemary by Cynthia Gallaher

From Drs. Seuss and Doolittle, to Little Women to John Steinbeck, the love affair with reading continues. Joan has taught school, been a fulltime parent to four sons practiced as a Marriage and Family Therapist and now her joy of reading has expanded to include writing. As a therapist, Joan became interested in bullying – physical and emotional. She created an anger management program used in local schools. Combining the joy of books with her interest as a therapist in reducing childhood bullying and violence, the idea of the Read to Me – Talk to Me series of books began.