After a few distractions and a lot of dead ends, I found a tree listed that seemed within range of my actually visiting it. There were other, older trees somewhere, and this one was supposed to be over a thousand years old, maybe older. But it was in the Ozarks of Northwest Arkansas, somewhere southwest of the town of Jasper, a few hours away from my home.

I picked up my day pack and went to find it.

In Jasper, I talked with a gas station clerk, a waitress and finally an older man in a combination country pawn shop and thrift store.

He said, “Go down Highway 7, cross the metal bridge at Dry Creek, take a right on the first gravel road, go about 2 miles, I guess, the road’ll fork, go left. Go ’til the road ducks down and crosses the creek at a low water bridge. There’s a wide spot on the other side of the creek. Park there. You’ll have to walk upstream about almost an hour, there’s a path. About half way, maybe 20 or so minutes of walking, there’s this big split boulder where a smaller creek comes in from the left. The boulders look like they got split apart ten million years ago, and the little stream runs right between them. Go up that stream another 20, maybe 30 minutes, and you’ll see it right beside the creek. There will be some small waterfalls.”

I followed my notes and worked my way up the creek. I found the split rock, turned and kept walking. After a while, I came to a long rock shelf on
the right, six feet wide, a flat stone table about forty feet long ending at a waterfall and the tree.

There it was, a gnarly, swirling hulk of a tree trunk, with spindly branches and massive roots. I stood and stared, weirdly reluctant to get closer right away.

The falling creek curled around its roots which curled into cracks and fissures in the limestone steps of the geological formation known as Dragon Falls. It was a huge barrel shaped trunk with several large, stubby branches that supported gangs of sucker branches and twigs. The bark was scaley knobs and growths that looked like burls and places where branches had been cut and regrowth sealed the wounds. Any larger branches had been broken or chopped off, perhaps by lightning strikes, or crude axing. It gripped the end of the rock slab table with its roots, embracing boulders around the spring and seemingly reaching into the rock themselves.

My impression was the tree had been beaten and pummeled and abused, but it survived by being rooted in the mountain spring.

Its form could, if you squinted your eyes, be a reclining dragon, the longest exposed root the perfect tail, reaching up along the shelf of rock back toward me. It leaned away from the low bluff, stretching craggy wings, or arms and legs upward, reaching for the sunlight dappling through the overhead canopy of deep forest. Its pale green leaves rustled and trembled in the cool breezes that flowed along the spring-fed creek.

The stone shelf was dry, elevated a few feet above the flow, and I noticed a small ring of stones forming a fire place near where I stood.

I sat at that stone circle, laid my pack aside and started a small fire. I sat there for three days and nights. I kept the small fire going most of the time. My dreams were restless and I saw the dragon.

I also saw the image of a dead man impaled on one of the dragon’s broken branches, a spike or horn on its bloody forehead. It was late one night, misty, rain threatening, distant lightning flares. The limp, form of the hanging man faded into my shallow dreams that night.

I learned that dragons, as a race, are old, old souls. They became trees when they saw doom in their future. They actually were embarrassed about their firey breath, and their quick temper, and their greed for treasure. Of course, they were lonely creatures, unloved, seemingly at odds with nature. They made a momentous decision to transform. It wasn’t easy. They saw how much humans loved trees. They became what humans love most about the Earth.

I’ve heard of people who talk to trees. Now I understand why that seems to make some kind of deep universal sense. In dragon mythology, dragons often talk to certain humans when they aren’t wreaking havoc. I felt a sense of that conversation, that communication at Dragon Falls. However, I can’t recommend it.

I don’t sleep well anymore. On my walks, I reach out and touch large trees as I pass them. For my race is now facing a momentous decision of our own. 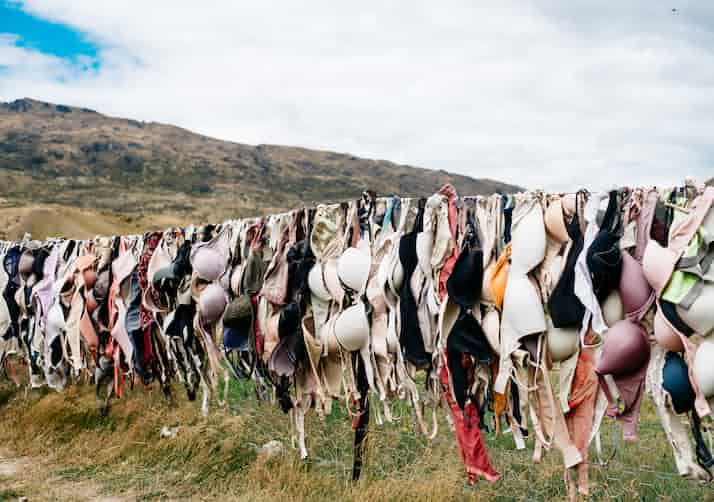 Dan was born and raised in Little Rock, AR. Educated piecemeal over 41 years at 6 universities and colleges, including the San Francisco Art Institute, Pratt Institute, and a BFA from Millersville University. Having a paternal grandmother and sister who were and are professional writers, Dan naturally started making art as a youth and never stopped. He worked as a graphic artist for over 40 years and started writing fiction around the year 2000. Currently, Dan is the Artist-in-Residence at Eureka Springs School of the Arts and belongs to a writing group that meets regularly at WCDH.