The great clock in the foyer struck eight. “Time for bed,” Dad said.
Freddie didn’t like getting ready for bed. He always felt he was being excluded, that he was missing out on something exciting. His parents’ saying, “We love you and want you to get enough sleep so you can play and learn and run around,” just didn’t seem enough. Still, being a good boy and living in such a loving family, he gave in and did as he was told each night.

Once he was ready, with his jammies on and teeth brushed, he’d call down to his parents, and one of them would come upstairs to listen to his prayers, give him his vitamins, and tuck him in. Many nights they’d tell him a story. The one he liked the best was when Mom told him how they had found him.

Freddie knew he was adopted. His first parents—that was how Mom and Dad talked about them—had been killed in the forest. It must have been somebody terrible who killed them. They had been shot through the heart and their heads cut off. “It was terribly bloody,” Mom would tell him. Freddie would shudder with feelings he couldn’t understand and reach out for her reassuring hand.

“Somehow, luckily, so very happily for your father and me they didn’t hurt you. When the police were searching the area for clues, there you were—not even crying, lying wrapped in your blanket and looking like an angel, just like a cherub. Everybody just loved you—the sweetest little thing—especially us. Daddy and I couldn’t have children and we wanted…and there you were. I just wanted to take you home right then.”
She would stop long enough to give him a kiss and then continue, “Because nobody knew your parents—they must have been traveling through the forest, perhaps to visit your grandparents and to show you off—there was nobody who claimed you, nobody to say this is our little nephew or grandchild or even cousin. So, the sheriff asked if there was any family who wanted such a beautiful little boy.”

“Did anyone want me?” Freddie would ask already knowing the answer.

“Of course, everyone wanted you. You were so, so sweet; so beautiful. It was like you were made of magic. Everybody wanted you, but your father and I were the lucky ones. There was a drawing. Every family put their name into a large hat. Then the minister picked one name. It was ours! Wasn’t that a piece of luck?!” Then she would smile and reach over and tickle his belly and give him a big goodnight kiss.

“Just in case,” they explained.

“In case?” he asked in his squeaky child’s voice.

“In case those bad men come looking for you. We wouldn’t want them to hurt our little boy.”

As Freddie got older, the bedtime ritual changed. He was too old to have them listen to his prayers, too old to have them tell him a story, and even too old to kiss goodnight. He insisted they call him Fred and asked serious questions they could not answer about those first parents, the ones he had never really known.

Even though his Mom and Dad were loving and liberal, they did still insist on a strict bedtime: When the clock struck half-past ten. And, they still insisted on that nightly vitamin pill, and on those bars. As any young adolescent would, he hated all three. Tonight, I’m not going to stay in my room.

Fred had laid his plan. He made a dummy and slipped it under his bed so he could quickly put it into his place.

“Boy, I’m tired,” he announced half an hour before his required bedtime. He stretched and yawned. “It must be from that workout in gym.” He had told them the story over dinner, complaining about the teacher who had made them do so many exercises. It hadn’t been true. During gym, they played an easygoing game of softball.

“Of course, dear,” his mother said. “You’re sure you’re not sick or anything.”

“Nope, just tired. I wish Mr. Loftus would take it easier on us.”

Fred’s father clucked in that fatherly way that said, “You can take it; you’re a man” without using words.

Fred had no intention of taking that pill. Somehow, he didn’t quite believe it was a vitamin. In health class Mrs. Jones told them to take vitamins in the morning “because they might jazz you up a bit.” I wonder what they really are.

Fred had become a normal teenager; he didn’t completely trust his parents. Arranging the dummy in his bed so it would look like he was well under the covers – so far that his parents would not be able to see his head or face without disturbing him, Fred tiptoed out of the bedroom and hid in the attic crawlspace where they stored seldom used things like suitcases and Christmas decorations.

He heard his parents come upstairs. He heard them whisper as they looked in on what they thought was their son. He heard the thunk of the bars being drawn across his window and the clank of the other set that guarded his door. They went into their own bedroom; he could hear them getting ready for bed. Do they take vitamins, too?

He could hear his Dad gargling. The sound of the liquid bubbling in his father’s throat strangely amused Fred. Lights were out. The only sound was that grand mahogany clock that stood in the foyer. It struck eleven. Quietly, Fred dropped from the crawl space and onto the hallway floor.
It seemed strange to be roaming the darkened house. He enjoyed the sense of secrecy and the feeling that he was cloaked in darkness.

Time crept forward. He could hear the great pendulum’s tick-tick-tock. The half hour chimed. It was twelve. Twelve bongs resonated through the night. Then silence—more silent than had ever been. Not even the tick-tock-tick of the pendulum.

So it had. He checked the other clocks in the house. They, too, had stopped. Even the clock on the stove had stopped. It was still illuminated, the electricity was on, but the minutes didn’t change. It was as if time itself had stopped.

Something compelled him to look into his parents’ bedroom. It appeared that they were sleeping, but the rhythm of their breathing had ceased. Their clocks, too, had stilled.

As quietly as a shadow, Fred glided to the bedside. He bent as if to kiss his mother.

I do love you.

His heart recoiled at the moment’s impulse, at the sudden awareness of his need. There had been a change in his body, in his physical being. He couldn’t resist. Instead of a filial kiss, he sank his fangs into her neck and drank.

The clock struck. It again rang midnight. An hour had passed and yet had not. He burped with a delicious satisfaction as he looked at the exsanguinated bodies of his parents.

They must have known. Fred laughed as he realized who he truly was.

By the next night, Fred was many miles away and waiting hungrily for the hour when he could assuage that new, growing need. He knew they would come after him. Now, he understood why they had hunted his birth parents.  Yes, they would hunt him, too.

They’ll kill me, but that’s better than being caged.

He could hear the thunk and clang in his mind. It filled him with dread.

Soon time will stop; that will be my hour. The twenty-fifth hour of the day. The hour my fangs appear.

The Autumn Seabed by Laurence Foshee 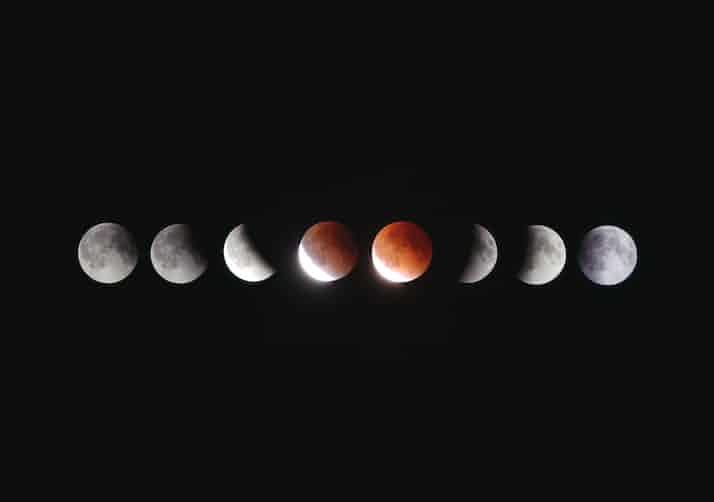 Salinger is Dead by Bill McCloud

Sometimes Ken Weene writes to exorcise demons. Sometimes characters in his head demand to be heard. Sometimes he writes hoping what he has to say might amuse or inform. Mostly, however, he writes because it is a cheaper addiction than drugs, an easier than going to the gym, and a more sociable outlet than sitting at McDonald's drinking coffee with other old farts: in brief it keeps him a bit younger and more alive. The result has been a lot of words.