Annie stood outside the arrivals area of terminal 4, Kennedy Airport, her hands already numb from the dreaded cold in New York City. She was waiting for a cab to take her to Chinatown where her grandmother lived in some rent-controlled dump.

Annie was in New York because she had nowhere else to go for Christmas. Her parents won a cruise for two in some sweepstakes drawing and were gone for two weeks. Annie didn’t want to spend Christmas alone, so she came to visit the only other family she had. The annoying grandmother in New York who always smelled like medicinal oils and didn’t speak a word of English.

It took only a few minutes before her grandmother started nagging her about grades and boys. She rolled her eyes, aware that she made a big mistake coming to New York for the holidays. This would last all week. She threw on her coat, her grandmother still droning on behind her, and headed into the city.

It was Christmas Eve and there were many places to go, but some friends told her that a dive bar in the West Village had the best wings and tater tots. That’s where she would go to first.

It was still early in the day so the place wasn’t crowded. Annie ordered her food and sat down by the window. She checked her phone but no one sent her any texts. All her friends were home for the holidays.

Annie looked up and saw an old man, seated by himself at the next table, looking at her. “I’m Chinese,” she responded.

Annie turned back to her phone. “Whatever.”

“I had a Japanese friend once.”

“Yeah?” she asked, not paying attention. “What happened to him?”

“I don’t know. I don’t know his name and I’ve never spoken to him before.”

“What did you, meet him in some S&M chatroom?” Annie glanced at him once with a sneer and turned back to her phone.

“We didn’t have the internet then. This was in 1942. I was a marine in Guadalcanal.”

Annie looked back at her phone. She was trying to text her boyfriend but the reception was bad in this dive.

The old man turned and stared out the window, emitting a deep sigh. “We were there to fight the Japanese. We landed in October, and by December, we had the Japs by the throat. They were outnumbered and they didn’t have food or supplies. We were already hoping to go home for Christmas. But the Japs were resilient. They held on.”

“Uh huh,” Annie said, pretending to pay attention. There was finally signal and she was hoping the old man would shut up so she could focus on her text.

“It was Christmas eve,” the old man continued. “One guy still had a bottle of bourbon and we shared it. We partied. I had some bourbon with the boys on Christmas Eve. We slept very well that night.

“I woke up with a bad headache in the middle of the night. There was someone else in my tent. I thought it was one of the guys getting up to use the john, but I looked carefully, and it was an enemy soldier. He was all alone, and he was going through my stuff.”

Annie looked away from her phone then and turned to the old man.

“I grabbed my sidearm and pointed it at his head. He froze. Then I saw what he was stealing. He was after my food. He must not have eaten in a week.”

“Did you shoot him?”

The old man shook his head. “I lowered my pistol. I pointed to the food, pointed to him, and waved for him to get out of there. Let him eat tonight. Our bombers have been pounding their positions for weeks. He may be dead the next day. Why not let the guy eat.”

Annie was silent. She placed her phone in her handbag.

“The next day was Christmas day, and we were making a push up this hill that the enemy were holed up in. But someone made a mistake and we walked right into an ambush. I didn’t know what was going on. Someone stepped on a landmine and then, bullets were flying from all directions. I was hit in the leg and I had shrapnel in my back. I couldn’t move at all. My group was getting wiped out and the enemy was running right through us. I forced myself behind a bush and tried to stay hidden. One Jap ran right past me, and then turned around to stab me with his bayonet. But he stopped. I looked at him. I recognized him. He recognized me. He stole my food just a few hours ago.”

“You gave him the food,” Annie said, quietly.

“I did. He lowered his rifle, he took a step back, and he shouted something in Japanese. I guess he said something like “all clear”. I don’t know what he said. He gave me one last look and ran off. I never saw him again.”

“And that’s your Japanese friend?”

The old man smiled. “A friend I shared dinner with on Christmas eve.”

“Where do you think he is now?”

“Probably dead,” the old man said, shaking his head. “We were killing them in Guadalcanal. Even if he survived, he’s probably dead by now.”

“Having some bourbon with the boys on Christmas eve. So I can sleep well tonight.”

“That’s nice,” Annie said, her voice low. “That’s nice that you remember your friends like that. And then you go home for Christmas Eve dinner.”

“Oh, I won’t eat at home tonight. Dinner is cheap at the senior citizen’s center.”

“But, aren’t you supposed to have dinner with…”

“She passed on. She left six years ago. Six years, three months, twenty-four days ago.”

The waiter stopped by with the old man’s check. He slowly counted out some cash to pay for his bourbon before turning to Annie again. “It was good talking to you, young lady. Enjoy those tater tots.”

“Sir, um. Are you all alone tonight?”

The old man climbed to his feet, reaching for his cane, and headed for the door. Annie wanted to say something else to him, wanted to invite him over for Christmas dinner at least. But she was just a visitor herself. She watched his lanky figure slowly push through the door and disappear into the streets of New York.

That night, Annie could not sleep a wink. She thought of the old man’s Japanese friend, an enemy soldier that they were almost destined to meet in battle. And yet, without knowing the man’s name, seventy years later, the old man still considered him a friend. She wondered whether many years later, this old man whom she forgot to ask his name, would still be her friend.

She turned to the digital clock against the windowsill and noticed that it was already 2 AM. The city really was awfully quiet. She wanted to turn on the radio to hear what the old man would be listening to. There was no radio nearby. She tried to download an app on her phone so she could get radio signal, but after several attempts, gave up. There was no app that would help her hear what the old man was listening to. It was futile.

Annie sat back and threw her phone into her bag. On Christmas Eve, the old man was all alone thinking about a friend he did not know the name of. And so was she. 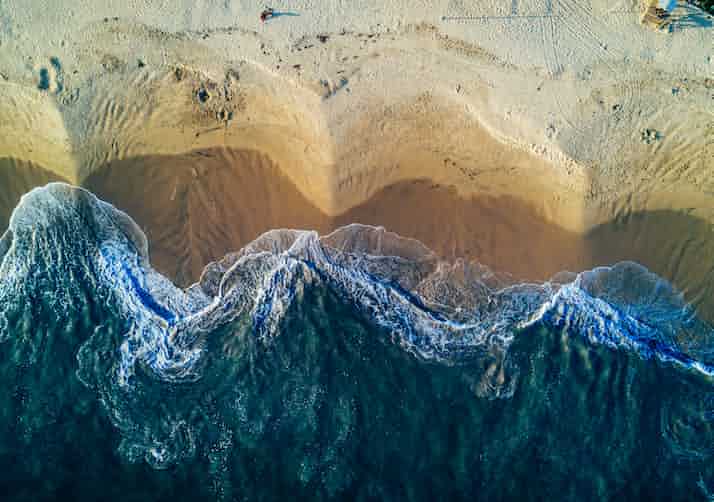 Fred Yu writes fiction in the Asian Historical Fantasy genre. He is a filmmaker, chef, Feng Shui practitioner, martial artist, and for over a decade was a risk manager in Citigroup. He graduated from New York University majoring in film and television, and has directed a number of documentaries and short films while working in the financial services industry. Yu is currently a full-time writer and lives in New York City.