Dancing Girls are, as most everyone knows, usually youngish 20's, attractive, hedonistic, libidinous, self-absorbed—in a word, floozeriferous. (Floozeriferous: adj.: of, pertaining to, or exemplifying the characteristics of a floozy. Latin: fluzzerius-a-um. Cic: puella fluzzeria erat fluzzerium mulier). I have recently become disenchanted with the quality of the current Dancing Girls. I probably should not be surprised, but, nonetheless, I am disappointed. This feeling is the result of several visits from the Dancing Girls—most recently this weekend, but also April, July, and November of last year. A consistent pattern is emerging. I don't know if this is the result of a degradation in the abilities of the Dancing Girls themselves or, possibly, increasingly stringent expectations on my part. I suspect the latter.

Historically, (and this goes back decades) the five or six Dancing Girls would show up, we would drink a lot of beer, dance to old rock 'n roll, and have wild, kinky, multiple orgasmic sex. Pretty standard stuff. And in the old days, that seemed enough. They were always gone before my wife got home. She would ask about the Dancing Girls and, of course, I would give her a full report.

Lately, I have been re-examining this whole idea of Dancing Girls. Their inability to converse in sequiturs (as opposed to non) has always been a minor annoyance. But they are, after all, not really here for conversation, are they? Nonetheless, I have been getting a vaguely uneasy feeling that the transaction is out of whack, and I am not being fairly treated. I wanted to see what the Dancing Girls get and what I get, and see if it balances out. Here is my analysis:

See? Totally out of balance. So, I came up with a plan to at least put some equity back into the situation. It seems to me that my request was pretty reasonable and fair, and the Dancing Girls even agreed to it.

Well, after I had been splitting for 3 or 4 minutes, they announced that they were getting really hot (in the thermal sense, not the pheromone sense) and they were going to go into the house to get a cooler of beer to bring back. I kept splitting. About 20 minutes later they had not returned with the cooler of beer, so I went into the house. The TV was blaring in the bedroom and they were hootin' and hollerin'. I walked in—they were sitting on the bed, having already drained a 12-pack (and left some of the empties tipped over on the bed, by the way), eating chocolate covered almonds and watching reruns of Entertainment Today.

Testing the Waters by Megan Kirk 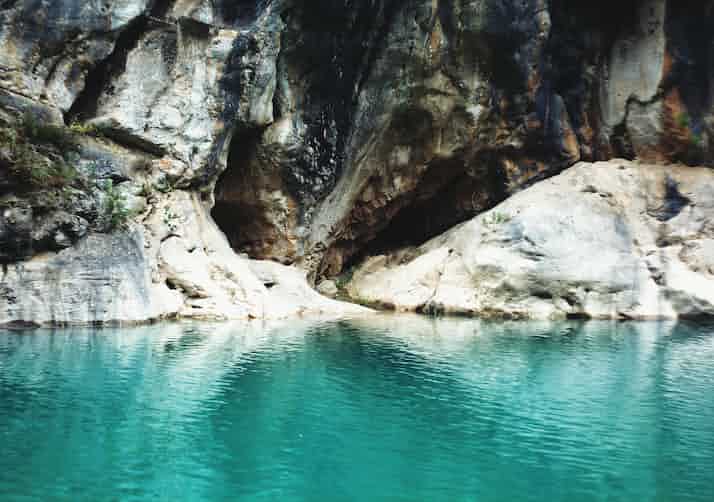 That Halcyon Night by Ray Shermer

Tom Gorsuch is a Eureka Springs playwright, essayist, and children’s story author. In the Spring of 2017, his full length play, Dance of Deceit, was performed in Eureka Springs as part of the May Festival of the Arts. Two of his ten-minute plays, Fluffy and Flags of Honor, were performed as part of the Five & Dime Drama Collective Fall Performance Series in 2016. He is a former board member and script reader for Red Eye Collaboration, a Minneapolis avant-garde theater, and he is a founding member of the Five and Dime Drama Collective.