The massive crowd cheers as they enter the Great Hall. Aadya, now wearing a rich cerulean gown designed specifically for this moment, is a little unnerved by all the attention focused on the two of them. The warm glowing feeling that made her head swim during the ceremony is still full blown in her body as it was in bed with Poma. The freshly imprinted hours alone with him are circulating through her veins as a new pulse of life bonds her with her husband in unspeakable ways. Could this all be real?

Poma is visibly surprised at her response. She gives him a shrewd, lascivious smile to taunt him. “I will not have you reading my mind unless we are in the bed and my thoughts are only of the way I wish to be pleased.”

He takes her hand in his, laughs and kisses it ceremoniously. “Aadya, you are full of surprises.”

“I mean it.” She gives him the sternest glare she can muster and then sucks in her breath. I can’t believe I just spoke to him like that, but he does not mind. Going to bed with him has already changed the way we are together. YES, MY LOVE YOU ARE RIGHT.

The realization that Poma could now be so easily in her mind causes her to hold her breath close. Squeezing her hand tightly, Poma leads her through the throng in the great hall. The swath of people parts in sporadic waves before them until they reach the head table where King Larsa stands and salutes his son. The crowd, having cleared a large circle around them, roars as he returns his father salute by raising his arm while still grasping hers in a tight clutch.

Aadya is mortified as she realizes the meaning of this dramatic exchange and feels her cheeks flush hot with the shame of it. But no one notices. They are all too busy having a good time.

Hunger claws at her resilience and she folds into her chair when she finally reaches it. To her delight, succulent meats buttery tender and falling off the bone are served to her. She still doesn’t quite understand what Poma’s relationship is with meat. He still eats small amounts. She encourages the server to keep coming with the slices of red meat and plunges into the feast. No one has told me not to eat meat.

There were also fruits, candied bitter and salty, berries, breads and cheeses both sweet and tart, nuts of distinctively sodden tastes, dishes of creamy roots and tendrils of forest vegetation, wine of many colors and sweetness, and tiny cakes, fermented, sweet and savory. Of particular interest to Aadya, are the sugar crystalized flowers still aromatic from the ground they sprouted from, which are delicate but crunchy when you bite into them. Aadya looks over to Poma to guide her through this maze of delicacies, but he is busy toasting with his family and friends. There is a ring of tables on the outside of the crowd filled with the same delicacies the royal table is being served, but people are mostly snacking and roaming, rather than sitting. The few tables where guests are sitting are filled with elders and children who pop up sporadically to ramble.

Aadya’s uncle makes his way to her table with a ludicrous grin on his face, making her realize just how drunk he is.

“So, little one, you are a princess now!” He raises his glass to toast her. Your father would be so proud.” Would he?

“Thank you, uncle but I have accomplished nothing. I have only followed my heart.”

“It must be a good heart to follow.” He says with more kindness than she has ever evidenced. “You have found your path and it is favorable.” Aadya cannot contain her sour expression. Favorable to fill your own coffers as well.

With wobbling knees, her uncle wavers and his wine teeters on the edge of his goblet. Aadya is afraid he might collapse there in front of her, but suddenly a hush falls over the boisterous crowd as a man and a woman enter, and the crowd again parts ways.

The man, bearded, dark and naked from the waist up wears golden serpents' bracelets twisting up his muscular arms. The woman’s body is mostly bare except for a few well-placed pieces of gold cloth secured with cords of gold and gems. She is both buxom and petite, with well-defined body features that men notice, and women envy. A small corps of muscular men, naked from the waist up also, appear pounding on drums as the two begin to dance. Their movements flow like liquid grace, and all eyes are riveted on their performance. As the drum sounds soar, the din of the jovial diners dies down and the dancers began to leap into the air in a captivating, erotic display. Aadya, who had just hours before been introduced to the fine art of physical expression with a man, is overwhelmed by the beauty and eroticism of the performance, and despite how hungry she is, succumbs to the rapture of their dance, only occasionally dabbing some new morsel clumsily to her mouth.

Poma grasps her hand and with the look of desire, slides their two clasped hands down between her thighs. Compelled by intense pleasure she momentarily fades between the present and the immediate past of their time together in their bedchambers. Shaking it off, she gives Poma a modest smile and continues to watch the dancers who spin and leap with pure grace and synchronicity. The dancers finish with a deep throated kiss and a dramatic fusion pose making the crowd roar and stomp their feet.

Poma jumps to his feet clapping vigorously. The dancers approach and dramatically bow to the matrimonial couple. Poma hands the woman one of the flowers placed nearby for such a gesture. The female dancer smiles and bows even deeper, her plump breasts nearly cascading out of her costume. Her smile for him makes Aadya feel uneasy, but Poma quickly takes Aadya’s hand and lifts, helping her to her feet. He gives her a peremptory nod, indicating she should honor the male performer, which she does rather awkwardly, feeling out of place presented with yet another unrehearsed moment. As she hands the performer his flower, she is startled at the lustful look he gives her. Poma laughs when he sees his bride falter from the gaze of another man. MASTER BRUTUS KNOWS WHEN HE SEES BEAUTY. She shakes her head.

NO, IT IS NOT WHAT YOU THINK. I ONLY DESIRE YOU.

Poma’s smile lingers as he lets his pride soar.

The crowd begins to chant and stomp their feet. “We want Princess Aadya, we want Princess Aadya!” This is the part she is sure they are supposed to dance. Because Poma had been in exile before the wedding, Aadya had been trained with a surrogate, while Bodie chanted the measure of the steps to music with all the passion of a bored animal trainer.

I feel sick. I can’t do this. I’m going to disappoint everyone! Then Poma lifts the ceremonial cup, sitting on the table before them, drinks and then puts it to her lips. It is the same pearly white elixir given to her before the ceremony, and again, as soon as it touches her lips, she is instilled with all the confidence she needs. They begin to dance before the crowd effortlessly. At some point she almost feels airborne.

Their perfunctory performance is brief, and they sit to listen to hours of endless enunciations of blessings and toasts from everyone in the room of social significance until at last the King and Queen speak.

Queen Mesa stands and lifts her goblet toward the nearby couple. “My dearest son, we partake in the fulfillment of prophecy tonight and bless this union which shall commence a new era. It is your first born who will lead this world of ours into a new day.”

What? No one has mentioned prophesies about the future. Aadya lifts her heavy goblet unsteadily toward her new mother-in-law and smiles, genuinely appreciative for the acceptance she has generously bestowed upon her, but leery of her words. And what will the King say?

King Larsa still looking like an older version of his son, he has the same smile and steel blue eyes. “My dear son and his bride, we lift our cups in celebration of the years ahead and welcome our new daughter, Aadya, into our hearts.” Short and sweet. No apparent negativity. No spilled secrets.

This night is almost over. I am so exhausted. Aadya turns to Poma and with her eyes pleads to leave. He takes her hand and escorts her to their chambers where a roaring fire awaits them. 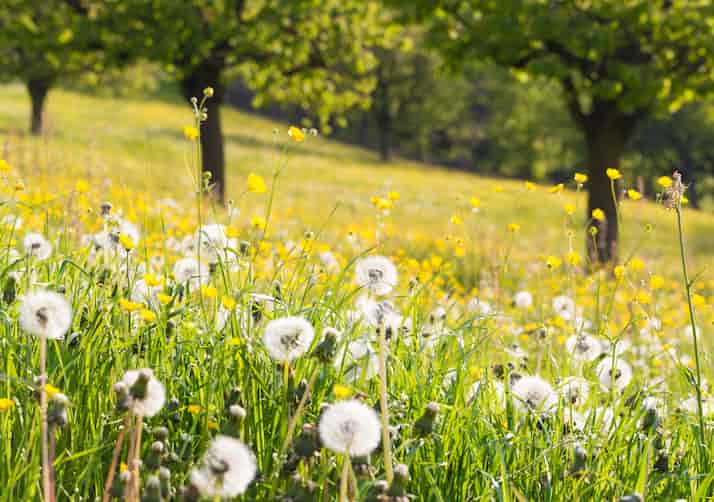 Ruth Mitchell’s career as a travel writer took her many places. Her gigs as a freelancer educated her in the ways of the world. Her positions as an editor for At Home in Arkansas and Arkansas Business taught her to manage lots of little fires. As the author of Arkansas Heritage, a state-adopted elementary history text, she learned to be accurate. As a novelist she's learning her toughest lesson yet, how to engage readers through stories. Her novel White Oak can be purchased online. She is currently working on a new novel that will really wow readers.