It was easier of course. Riding the thermals only
required reaching wide enough to make our wings
flush with flattening slate of wind.

Landing was harder, but you would expect that,
especially in the storms of purple martins, jammed highways
of hail cores, or when the drought broke open the earth
and made husks of the worms.

We persevered, flapped hard to keep aloft, lived on anxiety,
kleed or killyed ourselves silly, flooded our beaks with tasty moths,
or the crunch of cicadas swept back toward the old woodpecker hole.
We creviced ourselves to safely in the secret pile of rocks.
Yes, it’s true we couldn’t build much on our own, but we were in
fine fiddle when it came to making do with others’ discards.

We knew the dance of love is measured not in steps but food,
and we were good at it. We knew survival meant
knocking another out of the sky or carrying the small fish
that almost weighted us to death back to a high branch for a mate.
We didn’t care if we had to fight.

What did we care about? Leaning into the line of air
that pulled us higher, steadied us momentarily, then ruffled us
into quick flapping to save the day. We were at ease
with the chase, the death, the grasshopper swooped up,
the lilting trill of the call to go north or south.
No thought, all flight.

This was long before we were stilted into humans
who can only watch, suddenly lurch in sleep toward the fog,
trip on a sidewalk for no reason except that old bird yearning
to trust the air and fall.

Love Not Hate by Megan Kirk 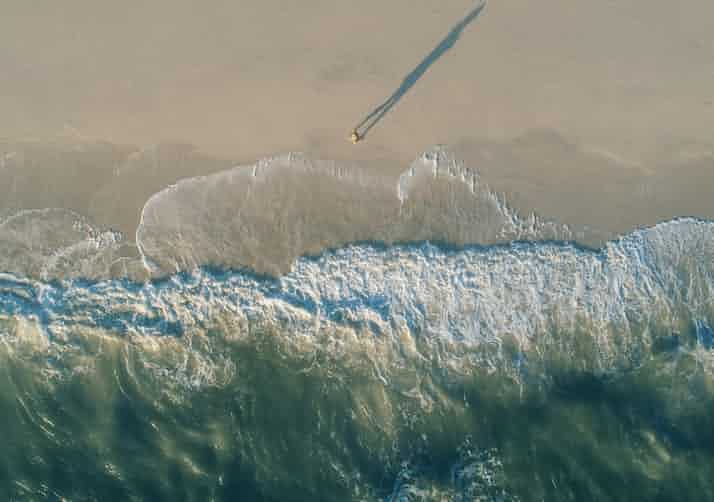 A Portrait of Madness by DW McKinney

Caryn Mirriam-Goldberg, Ph.D., the 2009-13 Kansas Poet Laureate is the author of 24 books, including How Time Moves: New & Selected Poems; Miriam's Well, a novel; Needle in the Bone, a non-fiction book on the Holocaust; The Sky Begins At Your Feet: A Memoir on Cancer, Community, and Coming Home to the Body. Founder of Transformative Language Arts, she leads writing workshops widely, coaches people on writing and right livelihood, and consults on creativity.